The seven people who need to STFU about Iraq right now 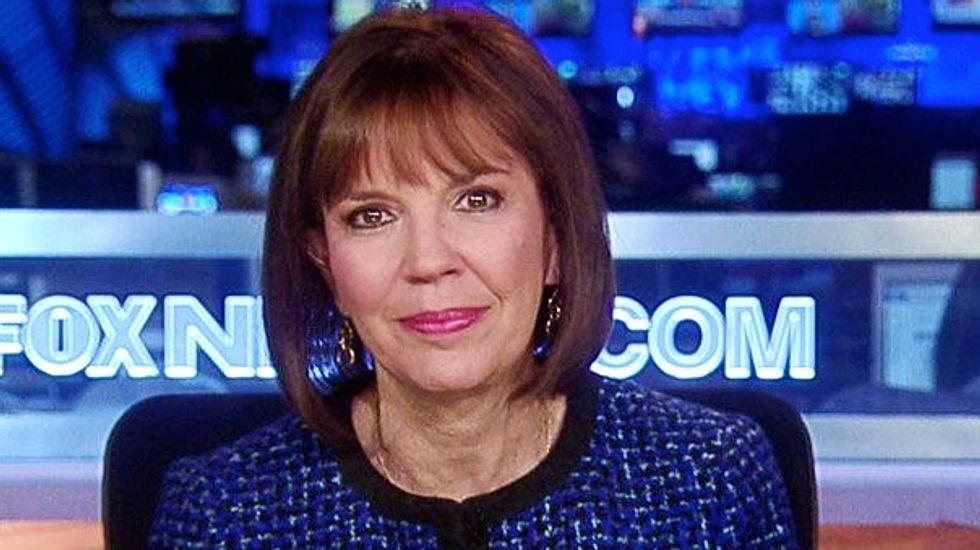 We at Raw Story's Oh God Here We Go Again desk know that we can't be the only ones whose stomachs are turning at the thought of a renewed military engagement in Iraq.

We marvel at the Big Brass Ones on some people who feel the need to offer their opinions about how the U.S. should conduct itself with regards to recent rise of extremist elements in the country and the loss of two of its major cities to al Qaeda. These people seem to believe that their previous dire wrongness on everything about the topic of Iraq shouldn't preclude them from opining about our nation's current course of action, goodness no.

1. Andrew Sullivan, who has devoted any number of column inches lately to slamming the NeoCons and the war "they" advocated for. In a post today -- the elegantly titled "The Neocons Get A War Chubby" -- Sullivan roundly mocked and scolded re-interventionists, warning the country not to "sink the U.S. right back into the Iraqi quicksand."

Sullivan has long-since disavowed the infamous 2001 column in which he said war critics might collude with al Qaeda to try and take down the U.S. from within, but it tends to linger on in the memory, much as forgotten sushi leftovers will leave behind their distinctive odeur to linger in that drawer in your refrigerator.

"The middle part of the country -- the great red zone that voted for Bush -- is clearly ready for war," Sullivan wrote in the U.K.'s Sunday Times. "The decadent left in its enclaves on the coasts is not dead -- and may well mount a fifth column."

We’ve got your "fifth column" right here, Andy. It’s in our pants.

2. Judith Miller, the Bush administration's "humiliated and discredited shill" on WMDs was once thankfully banished to writing a household hints column for the West Egg Pennysaver -- or something.

Nonetheless, on Friday, the reporter known as "the most infamous example of the press's failure in the run-up to that war" was unflushably bobbing up on Fox News to discuss the media's portrayal of Iraq as Irony let herself into the garage and started the car without opening the garage door and waited quietly for the end.

3. Thomas Friedman, the hot air specialist who rhapsodized in May of 2003 that American military might had rightly told the Iraqi people to "suck on this." When the Iraqis declined his offer and the occupation spiraled completely out of control, Friedman insisted over and over that the situation would stabilize in just six more months.

To commemorate this very special failure as a pundit and prognosticator, lefty wags created the Friedman Unit, a six month span of time in which nothing ever happens.

4. The New York Times seems to have conveniently forgotten how sad and diminished the Gray Lady looked locked out on the Bush administration's porch in her bloomers, poor old thing.

Today, columnist Tyler Cowen lamented that the economy is suffering because we don't have any major wars planned after forces come home from Afghanistan at the end of the year.  Peace, the libertarian fretted, is bad for business.

Funny they should endorse war as an economic engine right as Iraq appears to be shitting its bed and playing with matches in a fireworks store. I mean, what are the odds?

5. The whole of the so-called Juicebox Mafia. The lines of that particular claque have expanded and contracted to include Ezra Klein and Matt Yglesias and a passel of other Beltway post-teens who were so excited they got to sit at the big kids' table they forgot that they didn't know jack shit about foreign policy and endorsed a war of choice in one of the most volatile regions of the world, wheeee! What could go wrong? We're smart! And cute!

A big, pre-emptive "Shut it!" goes out to Peter Beinart, however, who, in January, 2003, joined the National Review's Jonah Goldberg in a CNN panel discussion in which the two giggled and leered over accusations that U.N. weapons inspector Scott Ritter was a child molester because of allegations that he had communicated over the Internet with a 16-year-old girl.

"I think that he didn't have any credibility to begin with," said Beinart of Ritter. "I mean, this is the guy who never really explained, as Jonah said, why he flipped 180 degrees and became a Saddam mouthpiece. So for me it's irrelevant. I never listened to what he had to say on Iraq to begin with."

Scott Ritter's alleged crime? Pointing out that Saddam Hussein didn't have any WMDs and that a U.S. invasion was a bad idea.

6. Ari Fleischer, one of the most pugnacious, pugilistic, and sometimes breathtakingly condescending White House press secretaries in history. Fleischer functioned as a lying administration's able mouthpiece both here and in the combat zone and served the unlikely function in life of making fellow Bush administration shill Dan Senor seem almost non-slimy.

Fleischer piped up on Twitter Friday morning to simultaneously absolve the Bush administration of blame and passive aggressively accuse the Obama administration of squandering gains made by his own masters. Trouble is, he got the year wrong.

"Regardless of what anyone thinks about going into Iraq in 2002," he tweeted -- apparently forgetting that the first bombing raids began in March of 2003, "it's a tragedy that the successes of the 2007 surge have been lost & abandoned."

Bush administration folks are still around, apparently, to remind us in the reality-based community that facts is HARD and stuff.

7. John McCain, you angry, corn-teethed fossil. You've never met a foreign conflict that didn't require MOAR U.S. TROOPS, have you? At least you're consistent, after a fashion. Oh, who are we kidding, you're not consistent at all about anything that might score you some political points and get you on TV!

Things didn't go super well for you on Morning Joe on Friday, though, did they? Impeccably-coiffed refrigerator magnet Mika Brzeznski actually woke up from her boredom-induced coma and called you out right to your face, didn't she, old man?

“What about going [into Iraq] in the first place, and what about churning the hate, and what about taking the Sunnis out of leadership positions in 2003, what about the fact that there might have been some parts of this that were on the previous administration that might be litigated as well?” Brzezinski said.

Then she went on to ask the question everyone in the country should be asking, why does anyone listen to you anyway? If we'd taken your advice, she said, we'd be knee-deep in Syria right now.

She's right, John. You're like a jumped-up rich boy with no real capital of his own who's bellied up to the blackjack table blowing every single penny of his wife's money just to catch that fleeting winner's high.

Oh, no, wait, that's exactly what you really are, isn't it?

Or, as TBogg so eloquently observed, "Hush you guys. The guy who thought Sarah Palin would make a good vice-president is explaining to us what we should do in Iraq."