The 'War on Drugs' killed my daughter 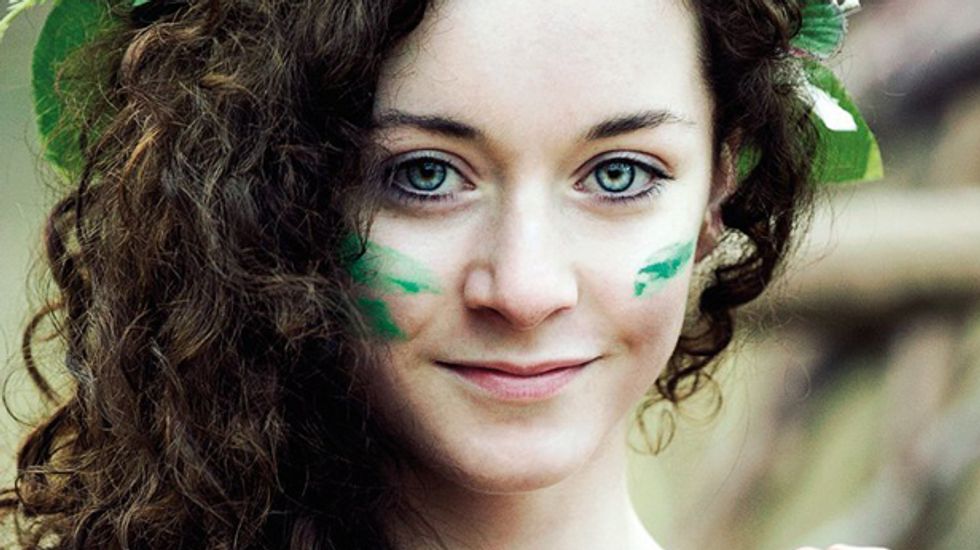 Martha Fernback, 15, died from taking 91% pure ecstasy. Anne-Marie Cockburn is campaigning for drug legalization to spare others her ordeal

On 17 July 1971 the US president, Richard Nixon, announced what has become known as the war on drugs, instigating an unrelenting campaign that has cost hundreds of thousands of lives and billions of dollars.

On the same date, 42 years later, in north Oxford, Martha Fernback, 15, and a friend bought a plastic sachet holding a crystallised gram of MDMA for £40 from a dealer. It was no impulse buy. Martha's online history revealed she had meticulously researched the risks of the drug and opted to buy its most expensive variant, assuming the better quality it was, the safer it would be.

One of the myriad ramifications of Nixon's hardline stance has meant buying drugs is a fraught and risk-laden business: users do not know what they are taking. In Martha's case better quality meant greater purity. She had no idea that her batch was 91% pure compared with an average street level of 58%. Around lunchtime on 20 July last year Martha swallowed her 0.5 gram and within two hours was dead, the MDMA inducing cardiac failure.

The response of her mother, Anne-Marie Cockburn, 42, was unusual. She refused to blame her daughter, her friends, or the dealer or the manufacturer. Cockburn, a single mother, focused on a greater target: the government.

"It quickly became obvious that prohibition had had its chance but failed," she said. "Martha is a sacrificial lamb under prohibition. The question is: how many more Marthas have to die before we change our approach? It's not acceptable to allow the risks to remain."

The risks of drug use under prohibition were articulated again last weekend when another 15-year-old, Rio Andrew, died, apparently oblivious to the strength of the drug he had taken. Witnesses saw Rio, from Notting Hill, west London, drinking beer laced with the so-called party drug ketamine. Another partygoer, aged 19, who drank from the same bottle at a rave in Croydon, south London, reportedly ended up in hospital. The death comes months after ministers reclassified ketamine from Class C to B because of its physical and psychological dangers amid its enduring popularity.

As the anniversary of Martha's death nears, Anne-Marie Cockburn is emerging as the face of the campaign to expose the flaws of prohibition and push for the legalisation and regulation of drugs. Her efforts have touched a nerve; hundreds of mothers who have also had to bury a child because of drugs have been in touch, many from South America – in particular Mexico and Colombia where the war on drugs has wreaked most havoc. In Mexico more than 80,000 people have died in the last five years, with another 20,000 "disappeared" while drugs are cheaper and more plentiful than ever.

Cockburn has also been contacted by police, nurses and doctors who have all privately backed her calls to legalise Britain's drug trade. "It's like I've thrown a pebble into the ocean, it's rippling everywhere," she said, noting that a number of countries have recently begun to deviate from the prohibition line. On Thursday6 June thousands of people worldwide are expected to march in more than 80 cities, including London, to protest against the decades-long impact of Nixon's strategy which they blame for compromising health, triggering instability and mass incarceration.

Among the parents supporting Cockburn's campaign are those of 18-year-old Leah Betts, who died after taking ecstasy in 1995, prompting her parents to launch a campaign to promote drug awareness among teenagers. Days before the tenth anniversary of her death, however, Leah's parents decided to wind up their initiative, declaring that they had been betrayed by the government.

Cockburn remains undeterred by the prospect of political inertia. She is drafting a letter to the home secretary, Theresa May, and her opposition counterpart, Yvette Cooper, stressing the case for an urgent appraisal of the drug laws. She appreciates that in the runup to a general election such a move requires deep reserves of political courage although she takes succour from the fact that David Cameron, as a young MP, endorsed more lenient penalties for ecstasy possession and sat on a parliamentary committee that called for an international debate on the legalisation of drugs.

Unfortunately for reformers, his tenure as prime minister so far has seen him accept the existing orthodoxy. Similarly, the latest noises from inside Labour are depressing for those convinced a new look at drugs is required; the party is apparently intent on avoiding the issue.

"The timing is not ideal, but the timing was not right for me, I was not ready to bury my daughter," said Cockburn, an engaging and articulate presence who is adept at mixing the personal and political. The scale of her challenge is neatly emphasised by the fact that the stimulant plant khat will become a class C drug on Tuesday after 60 years of being legally imported into the UK, almost solely by Kenyans and Somalis.

Already she has had a taste of how detached modern politicians can appear. A handwritten letter from her Tory MP, Nicola Blackwood, arrived recently at Cockburn's Oxford home; it was the response to a letter Martha had sent almost a year ago detailing her concerns about mental health provision for young people in the city.

"The MP had sent a handwritten letter to a dead teenager. She lives about a mile from here. Had she not heard of my daughter?" she said.

Cockburn hopes Martha will become known to many in the years ahead as she promotes her message of a safety-first approach to drugs. Her vision sees the schoolchildren of the future able to buy clearly labelled drugs from regulated sources; future users will know whether a batch is 91% pure.

Alongside the introduction of drugs education into schools, the system would allow the government to seize control of a trade now the preserve of organised gangs. "Surely it's better than criminals running it? It's about safety. At the moment young people are buying drugs with a blank label. You're not going to stop young people taking risks, experimenting. It's about harm reduction. You want to live in a safe society? This is about safety," said Cockburn.

The latest Home Office figures show that nearly one in 10 adults had used an illegal drug in the previous 12 months and more than a third of adults had taken an illicit drug in their lifetime.

Campaigners point to the fact that half the prison population is serving a sentence for drug-related offences with half of all property crime committed by drug users requiring cash. About £1.5bn of the £2.5bn spent on the UK's drug strategy goes on enforcement.

Danny Kushlick of the drug campaign group Transform, which says that two-thirds of the UK public supports a review of drug policy, said: "A political vacuum has been created by the non-engagement of Labour and Conservatives in the drug policy reform debate. Parliament is effectively denying the UK public the opportunity to see the evidence for and against drug policy reform being laid out," he said.

"Anne-Marie [Cockburn], in her measured and sombre way, has occupied that space, bringing a much needed honesty and pragmatism to the issue. But change is urgently required and sadly many more will die before parliament collectively grabs the opportunity for change," said Kushlick.

Cockburn's campaign embraces the principles of restorative justice to replace the punitive system of putting users and small-time dealers in jail from where they are likely to reoffend. Recently she visited Parc prison in Bridgend, south Wales, and told Martha's story to 22 inmates, many serving sentences for drug offences. All were reduced to tears. One has since written a song in tribute to Martha. "If you trust people, treat them like humans, they will repay you," she said. Cockburn is also planning to write to Alex Williams, 17, the Oxford dealer who sold Martha the "exceptionally" pure MDMA – for which he received a three-month curfew and 18-month youth rehabilitation order – believing that he is also a victim of the approach to drugs.

She is adamant that Martha's death will touch a nerve with young children's parents. "I'm just a normal person who speaks normally to others," said Cockburn, whose book 5,742 Days, the number of days her daughter lived, chronicles her grief and struggle to make sense of her loss.

"In some ways I woke up once Martha was gone. Although it's so painful, I feel so alive, I feel everything and I have all this time and energy that I had devoted to Martha that I can now dedicate to changing things for the better," she said.

Martha, she adds, will never be forgotten by anybody who met her, describing how the teenager would walk her three-legged rabbit, Bluebell, around the local streets to the delight of their neighbours and that her favourite film was Some Like It Hot.

But Cockburn cannot shake the sense of dread accompanying the start of the music festival season and the likelihood of the first drug-related death, which she likens to the sense of impotence she felt when learning that her daughter and her friends were dabbling with drugs. "I'm just waiting for the next one. What's driving me forward is the hope that I can stop a mother feeling like I do now."

On the anniversary of Martha's death next month, Cockburn plans to hold a picnic by the Oxford lake where she collapsed; a ceremony to mark one year on a mother's journey to change the lives of millions.