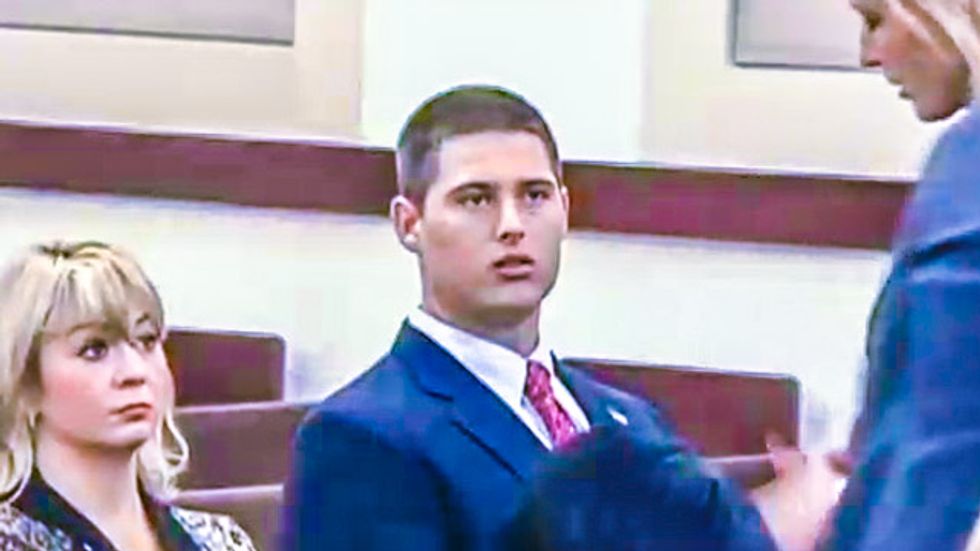 Court documents submitted by one of four Vanderbilt football players accused of raping an unconscious 21-year-old female student painted her as "promiscuous" and a "drinker."

Vandenburg, whose dorm room was the alleged scene of the crime, was also charged with tampering with evidence and unlawful photography.

On Monday, his lawyers submitted a 128-page motion in an effort to convince a judge that the case should be dismissed.

According to WKRN, the filing included interviews with witnesses that described the victim "as a promiscuous and heavy drinker who had a history of dating football players, even working with [Coach James Franklin] to recruit football players."

The document claimed that a Florida woman named Angela Gentry provided free drinks to the players and the victim at a local bar in violation of NCAA rules. Gentry, however, denied those accusations.

"I didn't know anything about NCAA rules or regulations," she said, acknowledging she or her friend may have paid for a few drinks. "I used to buy shots for my friends. I'm not going to say some of my friends didn't pick the shots up."

The court filing also asserted that prosecutors had withheld almost 28,000 text messages, including messages the victim sent on the night of the incident. The defense team mentions the name of Coach Franklin, while noting that the woman was taking selfies and texting them to someone while she was being medically examined following the alleged rape.

For their part, prosecutors insisted that all relevant evidence had been turned over to the defense, and that there had been no misconduct. They were expected to respond to the court filing at a hearing on Monday.