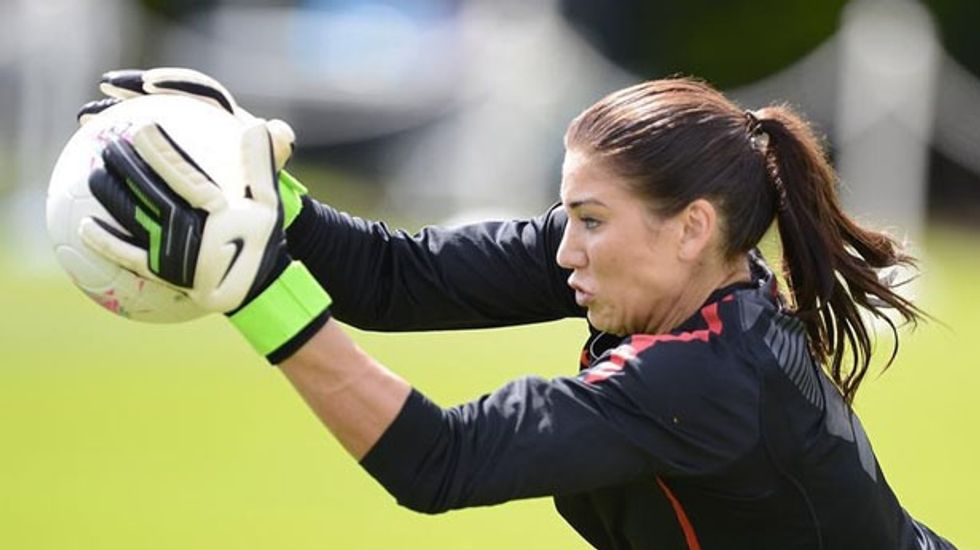 SEATTLE (Reuters) - Hope Solo, goalkeeper for the U.S. women's soccer team, was arrested early on Saturday morning for striking her sister and a teenage nephew during a dispute at her home in a Seattle suburb, police said.

Police who responded to a 911 call at Solo's house in Kirkland a little after midnight could hear noise from the "disturbance" from the street, according to a police statement.

The soccer star was hosting a party at her house when the dispute took place, the Seattle Times reported.

Solo is being held without bail in a local jail, on two charges of domestic violence assault in the fourth degree, according to the jail's inmate registry, where she is listed by her married name, Hope Amelia Stevens.

A woman who on Saturday morning entered the residence where the incident occurred declined to speak to reporters.

Just a few hours before their wedding in November 2012, police arrested Stevens on the belief that he had assaulted Solo, but he was released because of insufficient evidence, and charges were never brought, according to media reports.

Solo has appeared as a contestant on ABC television's "Dancing with the Stars" and has played on two women's soccer teams that won Olympic gold medals.

It was not clear whether Solo had a lawyer. Solo is due to appear in Kirkland Municipal Court on Monday.