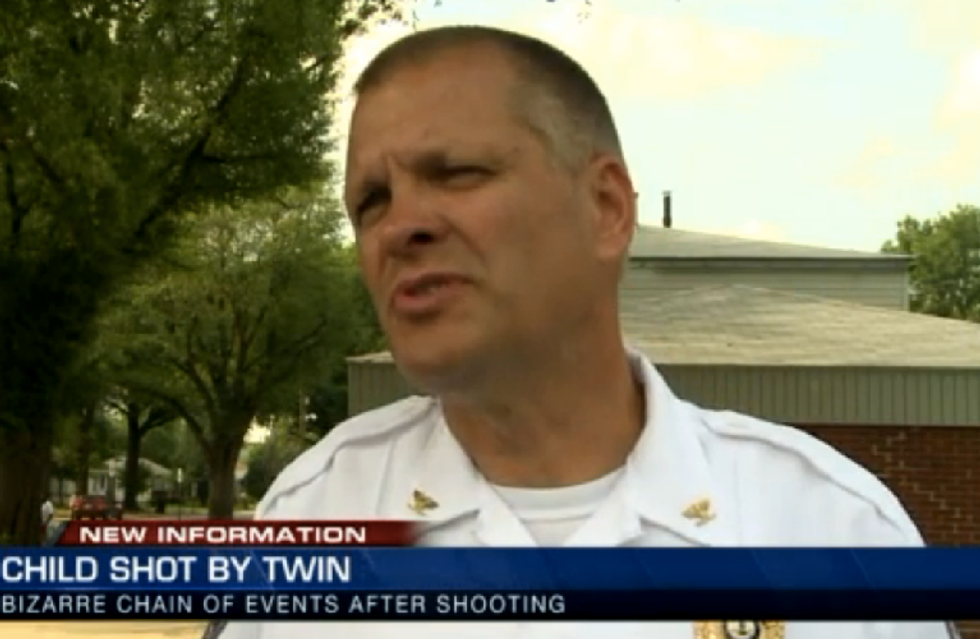 A 3-year-old boy is in critical but stable condition in Hopewell, VA after his twin brother found an unattended handgun and accidentally shot him. According to CBS News, the shooting took place at around 10:00 a.m. on Monday.

Hopewell Police Chief John Koehane said the injured boy was taken to John Randolph Medical Center for treatment of a bullet wound to the buttocks. He was transferred from there to VCU Medical Center to have a .25 caliber bullet slug surgically removed from his abdomen.

The child who fired the weapon -- which is missing -- was removed from the scene by an adult before police arrived. Koehane said that there are currently multiple conflicting accounts of what actually happened.

“There was a child that got his hands on a firearm and used it,” said Keohane, that much is certain. He also was reportedly injured, Koehane said, "He had burns. We are not sure if the action of the .25 caught him on the hand as it recycled another round."

It was not initially known whether the boy who was shot was indoors or on a nearby playground when the gun discharged, but Koehane's team found the spent bullet casing indoors.

“We recovered other evidence there and you can expect more charges,” he said. Police impounded a car at the scene and confiscated two additional handguns, but not the weapon involved in the shooting.

When police arrived on the scene, Monday, neither of the boys was present. The mother of the critically injured toddler rushed him to the hospital while her partner drove the boy to another girlfriend's house and left him there.

The woman at the second house told CBS News that she had never seen the child before.

Legal analyst Todd Stone said, "Taking a potential witness -- even though we're talking about a boy who's only three years old -- that could potentially be an obstruction of justice. There's a lot of issues at play."

The adults involved with the incident could face felony child neglect and obstruction of justice charges, said police, and child protective services have been notified.