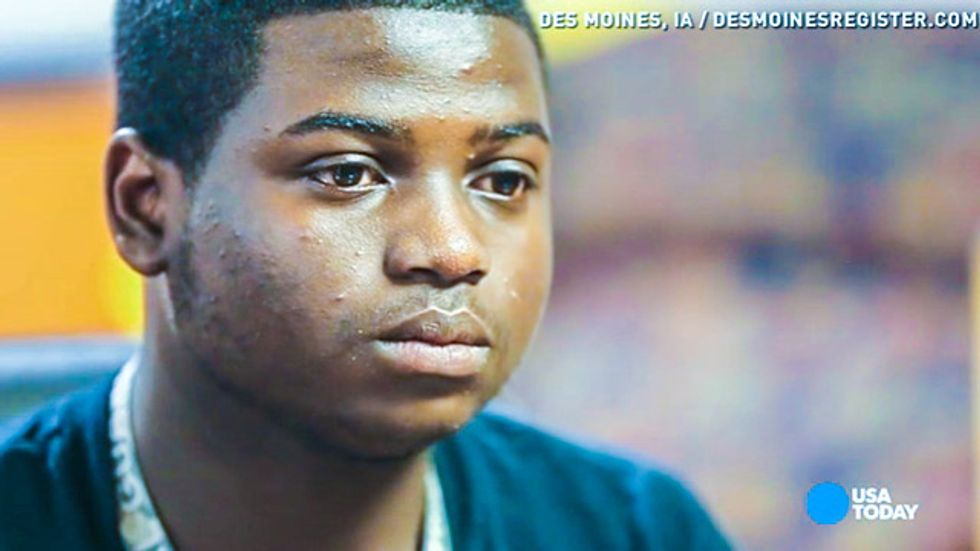 An Iowa mother said this week that the Des Moines school board may have gone easy on a white teacher who told her black son to call him "master."

Roosevelt High School student Jabre White, 17, recalled to The Des Moines Register the way his teacher, Shawn McCurtain, had told the class to head downstairs for a final exam in economics in mid-May.

Mother Nicholle White admitted to the paper that her son did not have the perfect response.

"Who the f*ck are you talking to?" Jabre White reportedly told McCurtain. "You're nobody's master, and this is not the slave days."

Nicholle White said that she contacted school officials after finding out about the incident, but they never would tell her what disciplinary action was taken. So, the mother took her story to the Register's "Reader's Watchdog" column.

"I have tried to be humble [with school officials]," she said. "But I also feel I need to express as a mother, and as a black woman, how I feel."

Nicholle White provided Reader's Watchdog with emails from Vice Principal Joseph Blazevich which confirmed that McCurtain had made the remarks. Blazevich called the incident "terrible" and "shameful." He also said that "the instructor was very remorseful," but state law prevented the disclosure of personnel matters like disciplinary actions.

According to Reader's Watchdog, Iowa Code Chapter 22 does prevent the disclosure of personnel information. But Chapter 272 specifically makes all final written decisions of the Iowa Board of Educational Examiners public.

Nicholle White also pointed out that McCurtain called her to apologize, and said that he meant the remarks as a joke. However, she said that his apology had not sounded sincere.

School board spokesperson Phil Roeder advised Nicholle White that she could file a complaint if she wanted to pursue the case, but results would take time. Roeder indicated that McCurtain still worked for the district.

The Des Moines School Board has only suspended or revoked the licenses of three teachers out of 3,000 complaints in the last three years.

Watch the video below from The Des Moines Register, broadcast June 9, 2014.