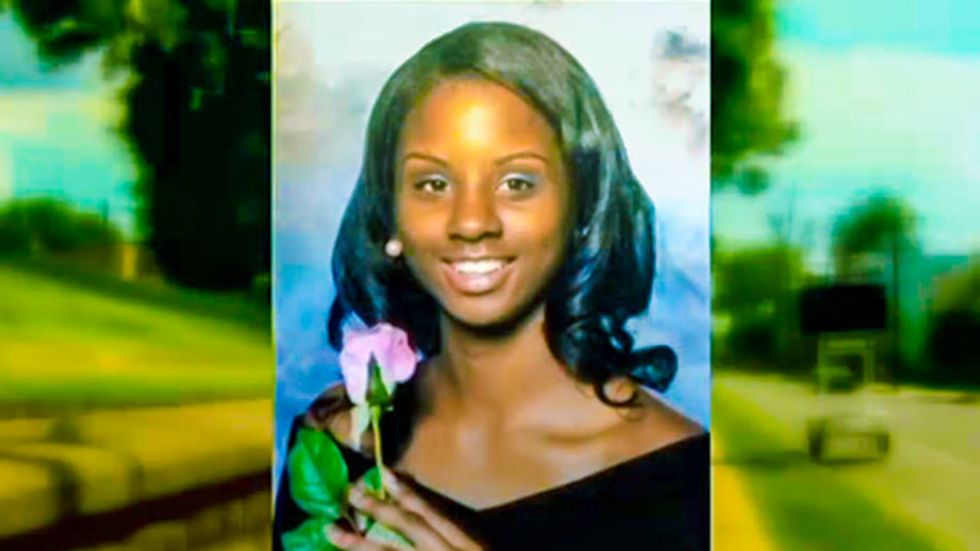 Newark police are searching for clues after officers said that a 17-year-old cheerleader was shot execution style on the street just two weeks after graduation.

According to police, Cheyanne Bond was shot while walking along South 17th Street in Newark Sunday night, WCBS reported. A 17-year-old boy, who was also shot, survived.

“They told her to get on her knees and they shot her in the head execution style,” uncle Michael Bond told WCBS. “Just happened to be at the wrong place at the wrong time."

The shooting happened only nine days after Cheyanne Bond graduated from Malcolm X Shabazz High School. Her friends said that she had made plans to attend college, and become a nurse.

“She just graduated, she was about to go to college,” friend Latayjsia Wilson noted. “She was a real nice girl, that’s why I never thought it would be her.”

The family said that it would now have to use her college money for funeral expenses.

Surveillance video released by police on Tuesday showed two male teens who may have witnessed the shooting. Police asked anyone with information about the case to contact the Essex County Prosecutor’s Office tip line at (877) 847-7432 or the Newark Police Department tip line at (877) 695-8477.