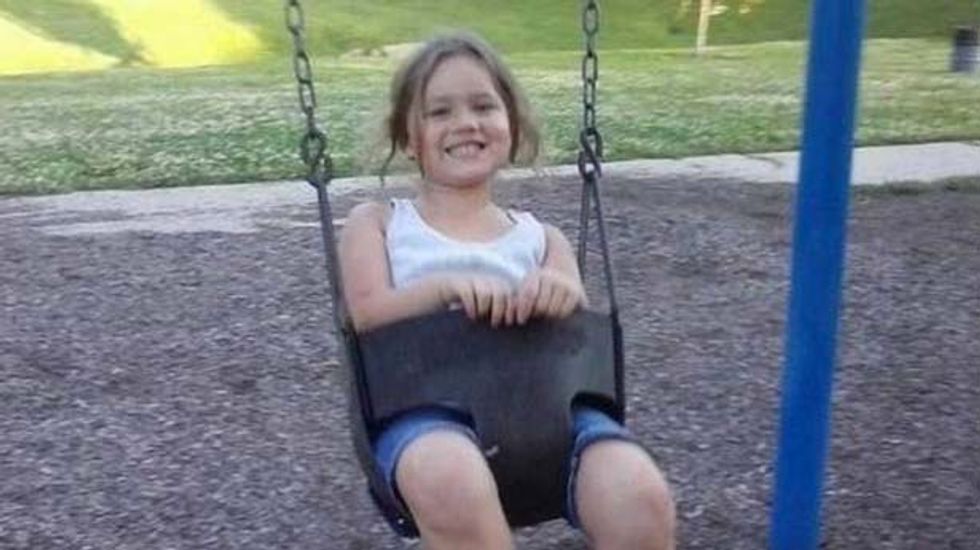 KANSAS CITY (Reuters) - A 5-year-old Kansas girl who was kidnapped on Friday night died in a gun battle between police and her abductor following a high-speed chase, police said on Saturday.

"The matter unfolded quite rapidly," said Leavenworth Police Chief Patrick Kitchens," calling the girl's death tragic. "We are still trying to sort out specifically what happened."

Police said the sequence of events began about 7:30 p.m. on Friday when Cadence Harris of Leavenworth was reported kidnapped. Police said there was some relationship between the child and her abductor but would not provide details.

Police in both Missouri and Kansas were involved in the chase as the suspect crossed the state line before the incident ended in the northeast Kansas town of Leavenworth. At some point the suspect got out of his vehicle and pointed a gun at officers and they exchanged fire, Kitchens said.

"Anytime we have the loss of a small child it is devastating," Kitchens told a new conference, adding that officers on the scene had tried to revive the girl.

He said it was not clear if the child was shot by her abductor, who was seriously wounded and is hospitalized in Kansas City.

The Kansas Bureau of Investigation (KBI) was called in to help investigate. Stressing that the probe only just getting under way, KBI Special Agent in Charge Mark Malick said it did not appear the girl was hit by bullets fired by police officers.

"Evidence we have at the scene at this time does not support any indication that gunfire struck the car or the victim, and specifically gunfire coming from law enforcement," Malick said.

An autopsy was being carried out and would not be completed on Saturday, he told reporters.