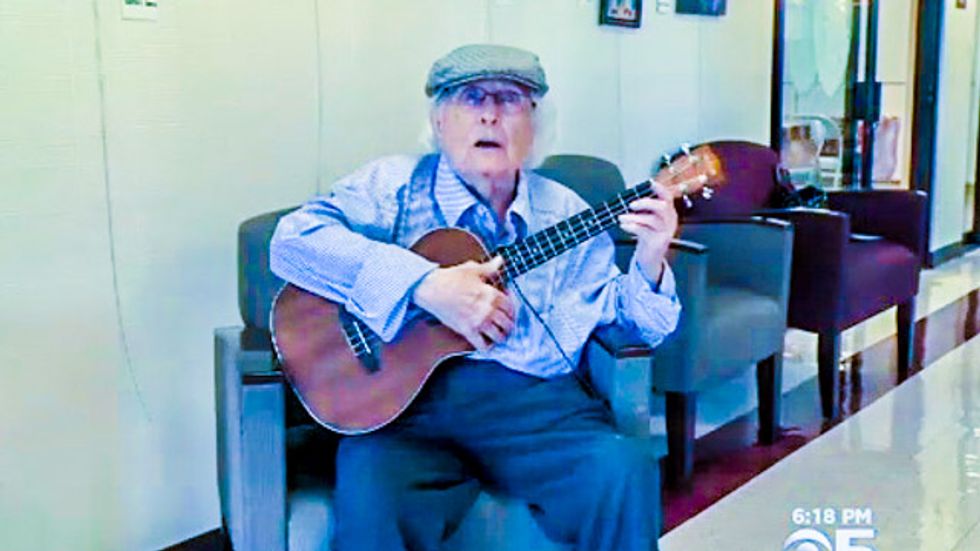 A 97-year-old California man said he was recently forced to move from his retirement home to a homeless shelter because he was playing the ukulele too much.

Jim Farrell explained to KPIX that Redwood Retirement Residence in Napa took issue with his love for music.

“Management would stop me and say these words: ‘Go back to your room!’ Like a kid,” Farrell said. “No more.”

Farrell's caretaker, Carol Elridge, pointed out that she only had a few weeks notice that he was being evicted.

As of last Thursday, Farrell had spent three nights in a local homeless shelter.

“Here’s this frail man and he’s got his head held up high going in the doors of this shelter and knowing that this is not the place I ever expected him to ever be,” Elridge lamented.

Redwood Retirement, however, insisted to KTVU that it had evicted Farrell because his messy room had become a health hazard, and his behavior had become aggressive.

Farrell said that the facility sent him a $1,500 cleaning bill, making it impossible for him to afford to pay rent.

But on Friday, the 97-year-old veteran of three wars caught a break. An anonymous Napa resident donated enough money to help him move into Piner’s Nursing Home. His veteran's benefits should be enough to cover his month-to-month expenses.