Atlanta biology teacher: Evolution from Satan and the cause of racism, divorce, gay people 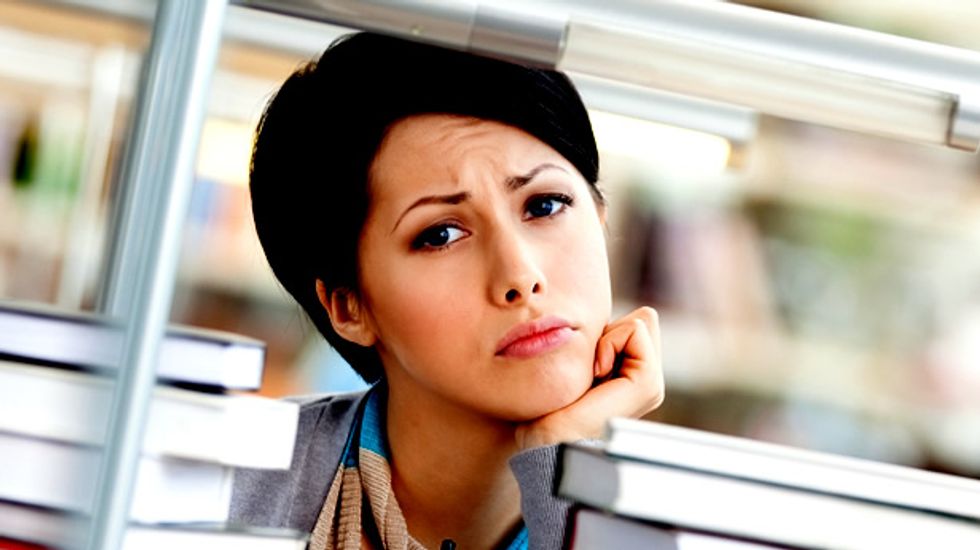 Students in a freshman biology class in Atlanta's Grady High School were shown a PowerPoint presentation that linked evolution to Satan, abortion, divorce, racism, and homosexuality.

The Grady High student newspaper, the Southerner, reported that Anquinette Jones used the PowerPoint presentation to teach the theory of evolution to her students during a freshman biology class last spring.

One slide in the 52-slide presentation included an illustration that shows creationism and evolution as two sides in a war between good and evil. Creationism is shown to be from Christ, while evolution is from Satan. The illustration suggests evolution is the driving force behind euthanasia, homosexuality, pornography, abortion, divorce, and racism -- social ills that are all defeated by creationism and Christianity.

The Atlanta Journal-Constitution noted the PowerPoint presentation also includes "grammatical errors and odd illustrations including a photo of Octomom," along with the creationism picture.

Jones told the Southerner that the PowerPoint presentation originated with the Atlanta Public Schools system. But students told the paper that Jones had brought up creationism and criticized evolution in her biology class before.

"She always had random comments about [creationism]," student Lily Soto told the Southerner. "If someone would ask if we were going to learn evolution, she was like, ‘No, I don’t teach that.’"

“[I] have gay parents, and [the cartoon] said that evolution caused homosexuality and it implied that to be negative, so I was pretty offended by it,” another student, Seraphina Cooley, said.

Parents of students at the school also said they were upset by the presentation.

“I was offended, but more shocked and disturbed that a teacher in [APS] could get away with putting that in a classroom,” Robin Rosen told the Southerner. “Offended is probably the wrong word at this point; it is very troubling to me that a teacher who is in a position of influence over children in a public school can put something up [like the cartoon].”

School officials told Atlanta Journal-Constitution that "the science lesson plan was not properly vetted" and was immediately removed after being reviewed.

The illustration appears to have been created by Answers in Genesis founder Ken Ham, who operates a creationist museum in Kentucky.

“These diagrams were first produced around thirty years ago as I endeavored to illustrate, in diagram form, the concept of the foundational nature of the battle between Christianity and secular humanism,” Ham wrote in 2009.

View the illustration below. 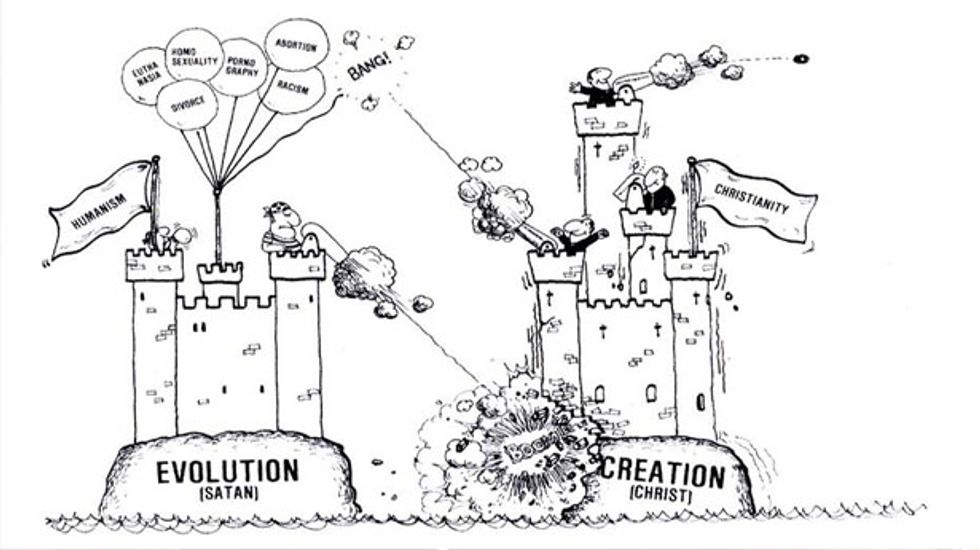