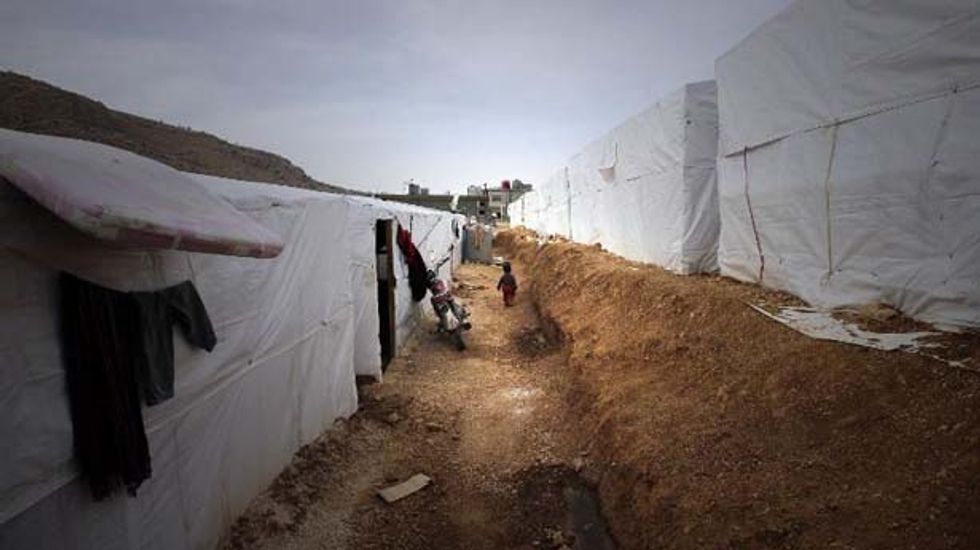 Lebanon ordered an investigation Saturday into horrific video footage that has gone viral on the Internet showing a small child beating a boy, believed to be Syrian, urged on by adults.

In the footage, which cannot be independently verified by AFP, the child, named Abbas, swings a club at the thin, older boy, beating him on various parts of his body, slapping him and kicking him.

"I have asked the attorney general to take open an investigation," into the video footage, Justice Minister Ashraf Rifi told AFP.

"The boy being beaten is most probably Syrian and his family most probably lives in the (eastern) Bekaa Valley," near the border with Syria, he said.

The video was posted online by the Lebanese portal www.yasour.org which said it obtained it through a mobile phone.

Abbas, who appears to be five or six and has a pony tail, hits the unidentified boy with a club, punches him in the face, slaps him and kicks him in the shin as adults and children offscreen urge tougher action and harder beatings.

The boy tries to shield himself with his arms but a male adult voice orders him to bring his arms down and then tells Abbas to hit him again.

"Abbas hit him, don't be afraid," the male voice says.

Abbas -- a boy's name although the child has fine features like a girl -- is told to slap the boy and does so, then is told to kick him in the stomach and again complies as if it is a game.

The victim whimpers, gets on his knees, implores God and tries again to shield himself.

Another voice, seemingly a young boy, is heard saying: "That wasn't too hard," referring to the blows.

The male adult comments: "No it isn't strong" and urges Abbas to give the other child "a boxing". "Yalla Abbas," he says using an Arabic word that means 'go on'.

Yasour said the voices in the background belong to the "Lebanese parents" of Abbas.

At times an older boy shirtless is seen trying to help Abbas beat the other child but an adult orders him not to interfere.

The video has gone viral on the Internet, sparking shocked and angry comments on Twitter and Facebook.

"When I saw this shameful video I felt, for the first time, ashamed of being Lebanese," said one Facebook user.

"This video shows a new level of savagery," another tweeted.

Another commentator accused the parents of Abbas of "raising the child to be a racist from his early age."

Their presence in the tiny country has exacerbated resources, prompting many Lebanese to blame Syrians for Lebanon's economic problems and chronic water shortages.