Ben Carson: 'Sad' that stoners vote after Obama distracts them from Benghazi with pot 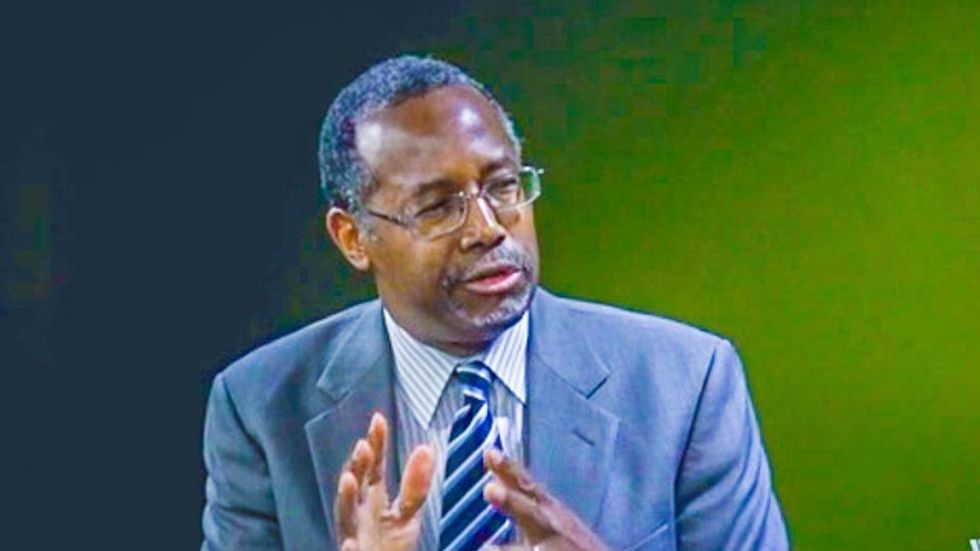 Dr. Ben Carson lamented in a recent interview that marijuana users and other people who didn't know about Benghazi were allowed to vote.

While speaking with World Net Daily founder Joseph Farah in an interview that was published on Sunday, Carson explained that liberals did not realize that leaders were using Saul Alinsky tactics to trick them into "pre-fascist thinking."

He argued that people who engaged in "conversations" with conservatives would realize that President Barack Obama was the enemy.

"My enemy is this person, who is trying to fundamentally change America and change it for my children and my grandchildren," Carson said. “The founders of our nation said our system of government and our freedom is dependent on a well-informed and educated populace."

“Go on the street, and you start talking to people, and you say, who sings the 'Happy' song? Most of them will know,” he explained. “And you say, what can you tell me about Benghazi? And they won’t know. Isn't that a singer?”

The retired neurosurgeon opined that the "sad thing" was that those people were allowed to vote.

Carson said part of the "problem" was that the president and Attorney General Eric Holder had admitted to smoking marijuana when they were younger.

"There's going to be consequences for that," he insisted. "Why are we more concerned about how much sugar there is in a beverage that you're drinking? Not that that isn't important, but we need to look at the things that are truly having a deleterious effect on our society, and stop the subterfuge. We do so many things to distract people."

Instead of smoking pot and worrying about the Washington "Redskins" trademark, Carson said that people should be angry over the IRS, Benghazi, and "Fast and Furious" scandals.

Watch the video below from World Net Daily, broadcast July 6, 2014.