Real Time host Bill Maher was criticized online Thursday night for a post on Twitter comparing the Palestinian militant group Hamas to a "crazy woman" that needed to be slapped, amid the latest Israeli offensive in Gaza.

"Dealing w/ Hamas is like dealing w/ a crazy woman who's trying to kill u," Maher posted. "u can only hold her wrists so long before you have to slap her." 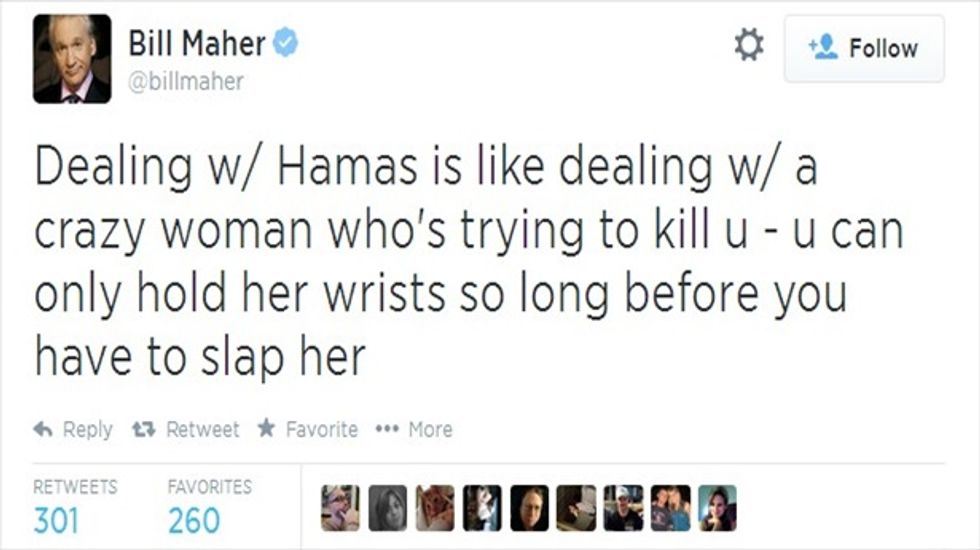 As of press time, Maher has not issued a follow-up post or responded to mounting accusations that he was not only making light of the attack, but domestic violence.

"Making a joke about hitting a woman to make a point about a country where people are being killed is just gross," Rebecca Rose wrote in Jezebel. "It's not just PC whining, OK? If you really want people to take your opinions about issues that are important to you seriously (as Gaza clearly is to him), how about taking a moment to extend the courtesy to other people and do the same for issues that are important to them?"

Maher, a strident atheist, also published a post on Wednesday night alluding to the latest round of hostilities between Israel and the Palestinians: 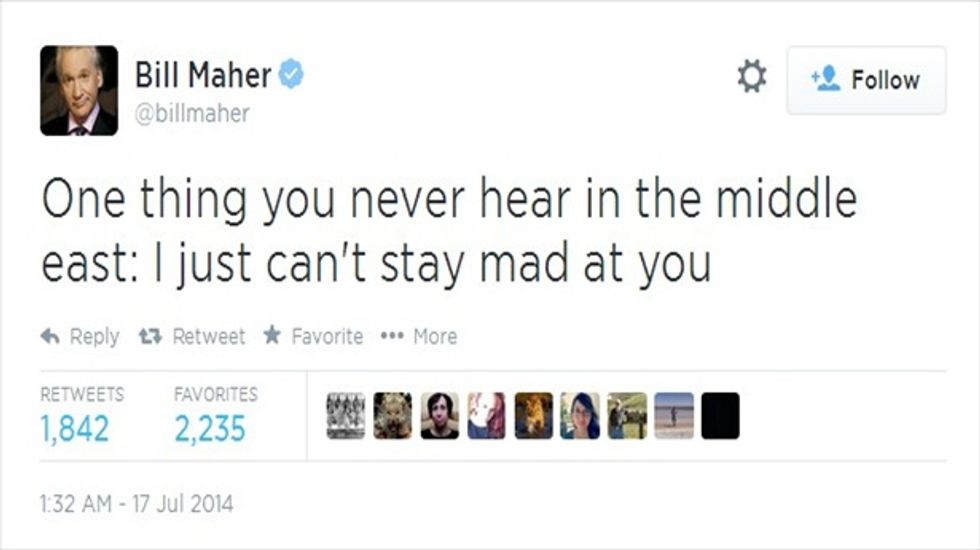 The BBC reported on Thursday night that Israel had initiated a ground attack in Gaza, and had called up an additional 18,000 reservists, bringing their total number of troops activated this month to around 65,000.