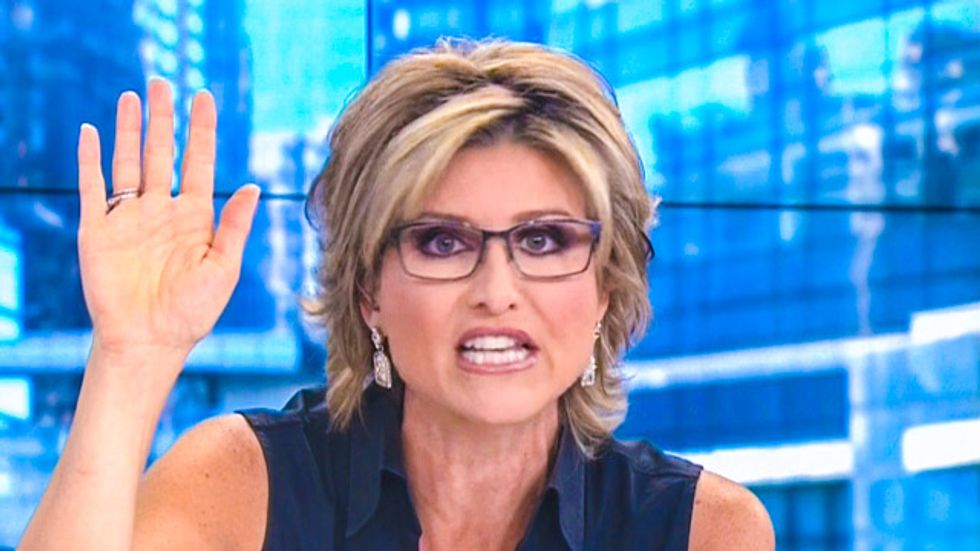 CNN host Ashleigh Banfield on Thursday eviscerated a Texas councilwoman who spearheaded the effort to ban undocumented immigrant children from entering her city.

Earlier this week, League City became the first Texas town to pass a resolution that would deny any request to assist the federal government in the ongoing immigration crisis, and specifically ruled out detention centers for children inside the city limits.

But when Council Member Heidi Thiess agreed to discuss the resolution she authored on CNN Thursday, she probably did not expect to be shamed on live television.

Thiess said that she would not accept that criticism because "the unaccompanied minors account for about 18 percent of the total numbers that are in detention right now. And so, you don't get a choice as a locality as to who you will accept into your community."

"Councilwoman, there's 50,000 of these kids expected this year," Banfield interrupted. "Whatever numbers you're working off of are completely skewed by the craziness that's going on right now! And I know you've seen it, and I know you've seen all those people who have come out to protest busses, where kids inside of busses have their faces pressed up to the glass, and they're seeing Americans who look like the land of the rabid!"

"And what I'm asking you is, a policy like this kind of smacks of that," she said. "Do you not see the difference between illegal immigrants who are here -- maybe -- to get a free ride, and those who are desperately seeking protection from murderers?"

Thiess argued that she had a "singular responsibility" to the residents of her community, and "right now my protection has to be for them first."

As the councilwoman began to explain that the solution was for "the federal government to start enforcing the laws," Banfield cut her off.

"Ms. Theiss, please stop with this, you know full well that these people aren't escaping into America!" the CNN host exclaimed. "They're volunteering at the border to be caught. No one is getting through the wall of those who are there. This is a different circumstance. It's the desperate who are begging for help. It's not those who are sneaking in. You understand the difference, right?"

"The children, right now, who are arriving at the border are volunteering, surrendering themselves to the border agents! The border agents are actually doing their jobs! It's being enforced!" Banfield continued. "The problem is there's so many, it's overcrowded. They're being raped, they're being beaten, and they need help! Some of them don't even have water. And in at least one case, 100 of them are sharing one toilet that doesn't even have a door."

"And that's why I'm asking you if you would really turn your backs if the federal government asked you to help?"