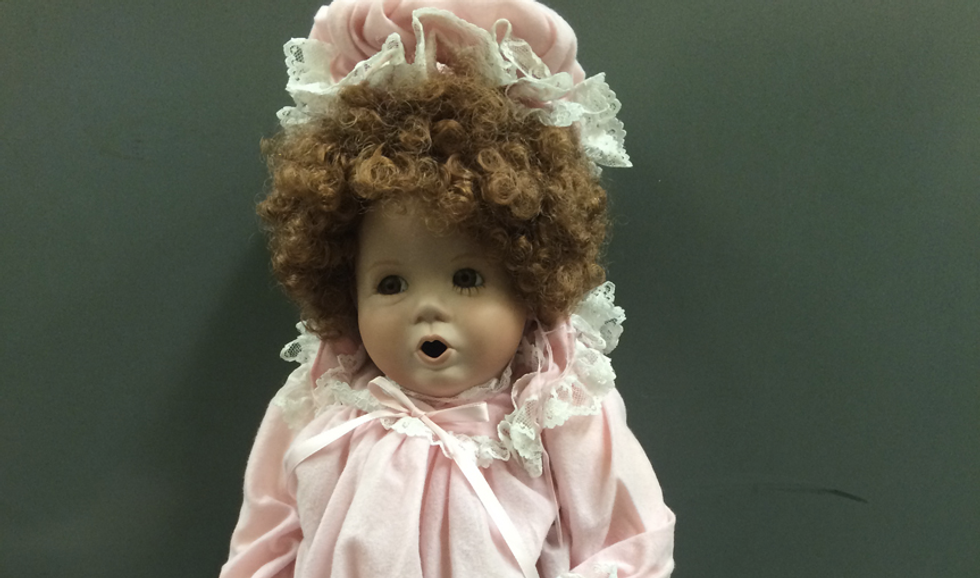 Update (7/25/14): According to KNBC, authorities have identified the person who left the dolls as a local woman  who was clearing out her doll collection and thought the little girls would enjoy them.

It was not made clear why she didn't leave a note with the dolls.

Eight families in a California neighborhood awoke on Wednesday to find that someone had left porcelain dolls in front of their homes.

According to KTLA, the 11 dolls were styled to resemble girls who live in the targeted homes, all of whom are around 10 years old.

The families live in a San Clemente subdivision called Talega and many of the girls attend the same elementary school, said the Orange County Sheriff's Department.

Department spokesperson Lt. Jeff Hallock said that all of the dolls were collected as evidence and police personnel are attempting to ascertain the motive behind the placement of the dolls.

“Is it a prank? Is there some specific motivation?” asked Hallock. “Obviously, there’s an indication by some the parents that the dolls resemble their daughters. We’re talking about children here."

Leaving the dolls at the families' homes does not constitute a crime, Hallock explained, but the department is still wary.

"Anything that has the potential to involve children causes us some concern,” he said.