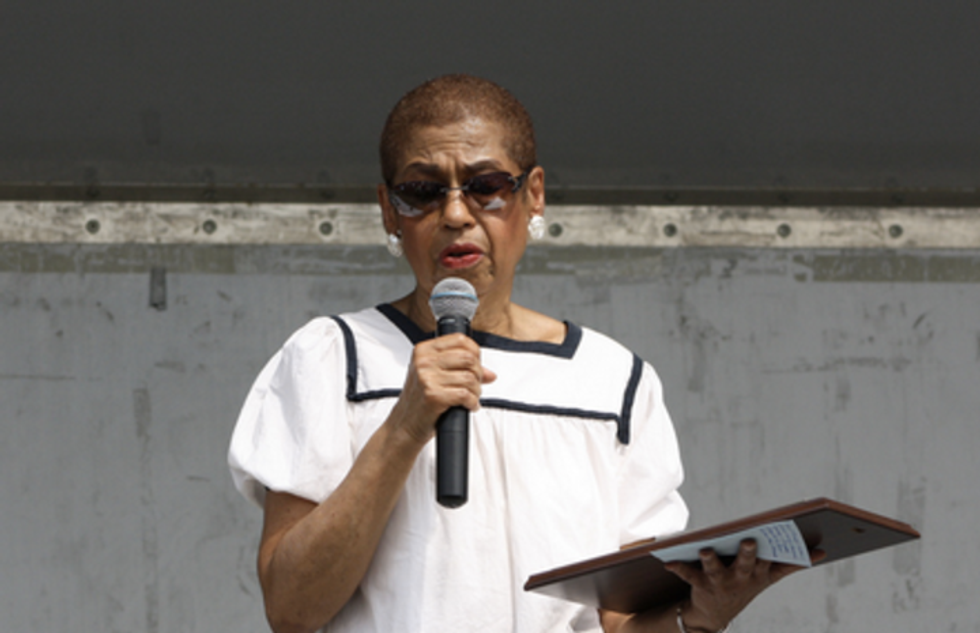 Democrats in Congress are pushing back against an attempt by House Republicans to pass a budget amendment that would weaken Washington, D.C.'s gun laws.

According to the Washington Post, Rep. Thomas Massie (R-KY) proposed the amendment, which the majority-Republican House voted on Wednesday to include in the next congressional appropriations bill.

The Republican amendment would forbid the city from using any of its budget to enforce local gun laws, meaning the only laws its police and city officials could enforce would be federal firearms statutes. Washington has passed some of the stiffest gun laws in the country to stem the tide of gun violence that has consistently landed the district among the deadliest cities in the nation.

Del. Eleanor Holmes Norton (D-D.C.) said on Thursday that Massie's attempt to usurp the city government's power poses a "clear and present danger" to the safety of the capital's citizens.

Massie complained at a press conference that Democrats are attacking him for trying to protect the rights of lawful gun owners.

"(A)ll their laws do right now is to keep honest citizens from having firearms and bearing firearms,” he said of the current slate of gun restrictions.

“The primary reason" he authored the amendment, Massie said, "is to restore gun rights anywhere that I can.”

In a Wednesday press release, the author of those stricter D.C. gun laws, D.C. Council Chairman Phil Mendelson (D), blasted the Republican amendment, calling it "poorly drafted" to the point that its provisions could end up having the opposite of their intended effect, making handguns less legal.

Norton said that she hopes Democrats will be able to negotiate away the amendment before the appropriations bill passes. She went on to say that an appropriations bill is an "inappropriate vehicle" for Massie's attempt to block efforts at regulate the number of guns in the city.

“You want to overturn our laws, there’s only one way to do it in the Congress of the United States,” she said. “You got to introduce a bill, take that bill through the processes and have enough people agree with you to get it done.”