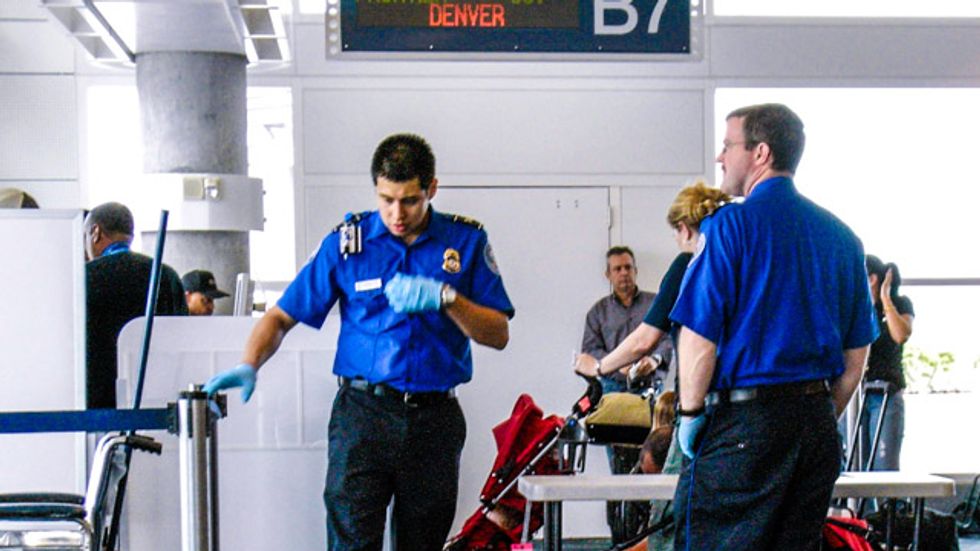 A San Francisco man has been accused of getting drunk and posing as a Transportation and Security Administration (TSA) agent so he could pat down women.

According to the San Francisco Chronicle, the man was seen at the International Terminal of San Francisco International Airport at around 12:30 p.m. on Tuesday "wearing khaki pants, a blue polo shirt and blue rubber gloves." Passengers may have mistakenly thought the man was an agent because screeners working for private security company Covenant wear a similar uniform.

Law enforcement officials said that the suspect directed a woman into a private security booth, where agents normally pat down passengers. When the man tried pull a second woman into the booth, he was noticed by other Covenant screeners because a female agent was supposed to be present for all pat downs of female passengers.

The man was detained, and eventually arrested by San Francisco police officers on suspicion of public drunkenness. Police said that additional charges were possible if any of the women that went into the booth with him could be located.

A law enforcement source suggested to the Chronicle that security protocols should have never allowed the man to pat down women passengers so "[s]omeone has to pay for this."