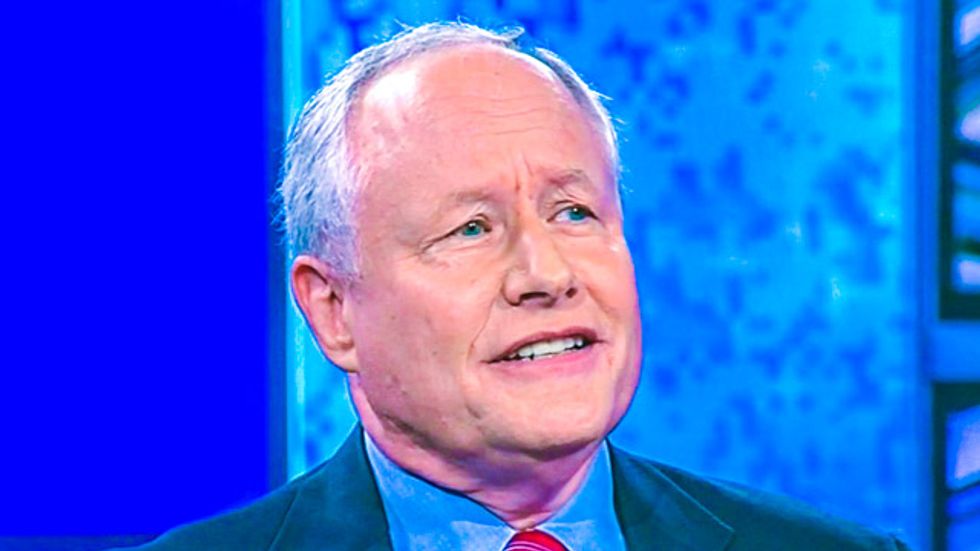 Weekly Standard Editor Bill Kristol may have thrust Sarah Palin into the national spotlight by being one of the first to push for her to be vice president in 2008, but he has now decided that she "makes Republicans look extreme" because she called to impeach President Barack Obama.

In a column on the conservative website Breitbart last week, the former Alaska governor argued that it was "time to impeach; and on behalf of American workers and legal immigrants of all backgrounds, we should vehemently oppose any politician on the left or right who would hesitate in voting for articles of impeachment."

“His unsecured border crisis is the last straw that makes the battered wife say, ‘no mas,’” she insisted. “President Obama’s rewarding of lawlessness, including his own, is the foundational problem here.”

“She wasn't a particularly good vice presidential candidate," he quipped. "She's an even worse judge of who ought to be impeached and why.”

Kristol seemed to agree during an ABC News panel discussion on Sunday.

Republican strategist Ann Navarro agreed that "nobody of responsibility, nobody in leadership, nobody of relevance has talked about impeachment... So, can we stick to talking about people who can actually make something happen say, and not just folks who want to make headlines say?"

Former White House senior adviser David Plouffe pointed out that Republicans "reap what they sow" because their attitude about the president had resulted in voters who wanted to see him impeached.