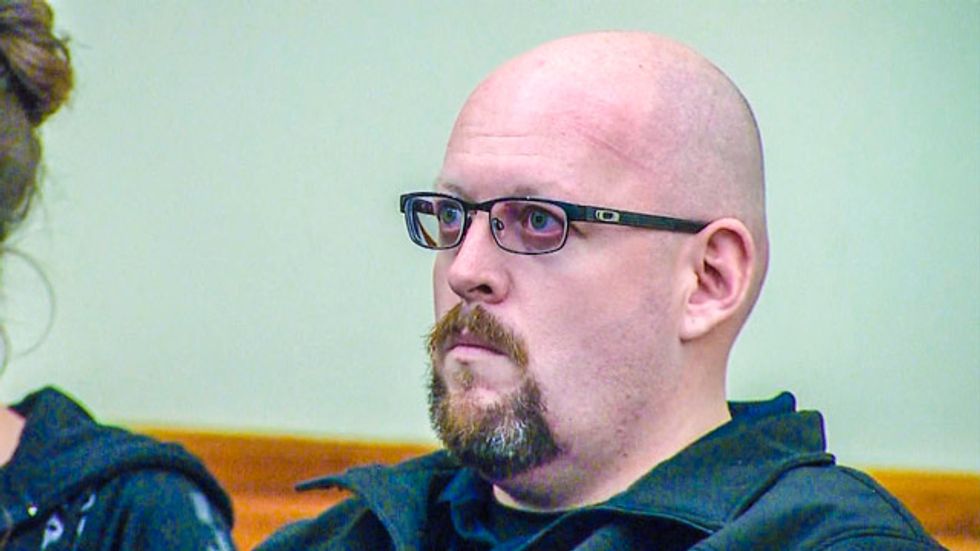 A former Colorado police officer who was found guilty of abusing a 15-year-old girl over a period of years was sentenced to 30 days of work release and three years of probation this week.

Last year, 35-year-old Berthoud Officer Jeremy Yachik was charged with four counts of child abuse and one count of false imprisonment after his ex-fiance sent a video to authorities showing a man kicking, choking and punching a child, who was described as his daughter in news reports at the time.

In the video, Yachik appears to be angry because the girl ate "carrots" out of the family refrigerator. The girl later reportedly told investigators that Yachik had zip-tied her, choked her until she blacked out, and slammed her head into a wall so hard that it left a hole.

The girl said that the abuse had gone on for years. At one point, she said that he forced her to eat "ghost pepper sauce," which was described as being 10 times hotter than habanero peppers.

Yachik could only explain his actions by saying that the girl "won't communicate" with him, an affidavit said.

Prosecutors allowed Yachik to enter an Alford guilty plea to one count of child abuse, which permits him to assert his innocence while acknowledging that he would likely lose at trial.

On Monday, a Larimer County judge ordered Yachik to spend 30 days in a jail work-release program, and three years on supervised probation, according to KMGH.

Yachik lost his job as an officer last year after the charges came to light. Police Chief Glenn Johnson also resigned because he had been accused of helping to cover up the crime.