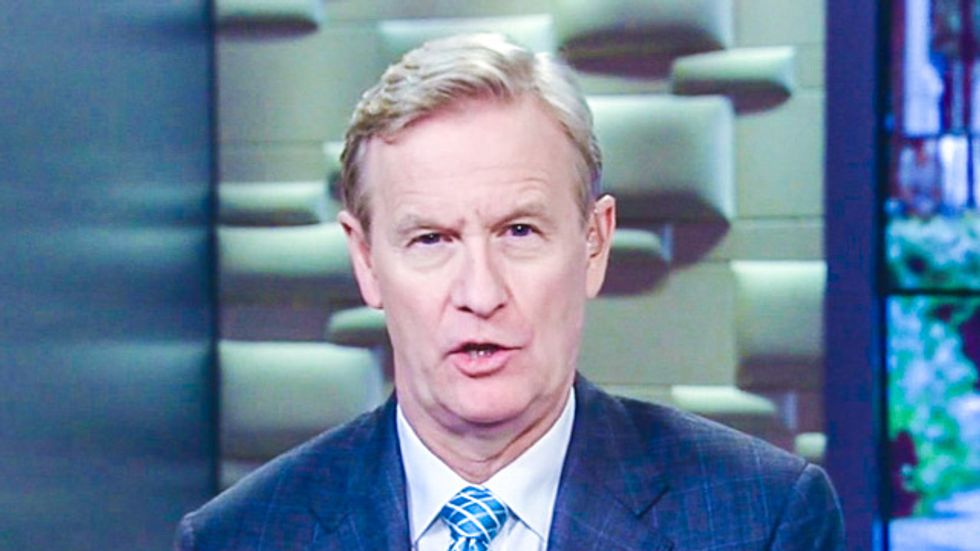 The hosts of Fox & Friends on Wednesday were shocked to learn that emergency responders were "forced" to serve non-English speakers in life-threatening situations even if the callers were suspected of entering the country illegally.

"They stumbled across the border illegally and now they need your help!" Fox News host Steve Doocy complained, pointing to a 911 call in Brooks County, Texas where a man who could only speak Spanish asked for a helicopter rescue because his cousin was "turning purple."

"Not only are they understaffed and lacking resources, now they've got to deal with illegal immigrants who have no business being here," co-host Brian Kilmeade opined.

Brooks County Chief Deputy Urbino "Benny" Martinez pointed out to Kilmeade that his department had a duty to respond to all 911 calls.

"So, those calls you have to respond to, even though for the most part when you get there, you realize, they're not an American citizen?" the Fox News host pressed.

"That's correct, but they're on U.S. soil, and due process comes into play, and that's the way we're taking them as," Martinez explained.

The chief deputy added that he wanted Republicans and Democrats to drop partisan ideology and have a "sincere dialog" because his department was running out of funds.

Earlier this week, sheriffs of Texas border counties said that Gov. Rick Perry (R) was wasting money on a "political" stunt by sending 1,000 National Guard troops to the border.

Cameron County Sheriff Omar Lucio told the Dallas Morning News that the state should be spending money to fund police officers who were empowered to respond to the border crisis.