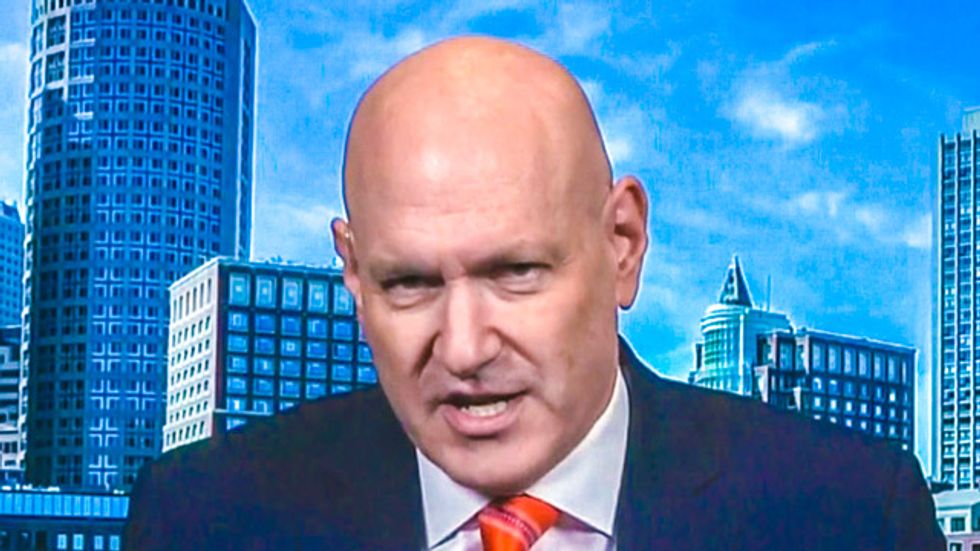 Dr. Keith Ablow, the resident psychiatrist at Fox News and a member of the network's Medical A-Team, asserted on Wednesday that legalized same-sex marriage would lead to bestiality.

During a Fox & Friends "Normal or Nuts" segment, host Anna Kooiman asked Ablow if it was "normal" for California Gov. Jerry Brown (D) to sign a law replacing the words "husband" and "wife" with the word "spouse" in the state's marriage definition.

"Get ready for the cards and letters," Ablow quipped. "Nuts!"

"Here's the thing, the state needs to get out of the marriage business because here's what we can expect," he continued. "There's no way that the state of California can deny a marriage license to four spouses now, eight spouses."

"Or, I would say, three human spouses and the canine they absolutely love because if love is the foundation of marriage, they can love their dog, too."