'Game of Thrones' author rebukes morbid speculation over his health: 'F*ck you' 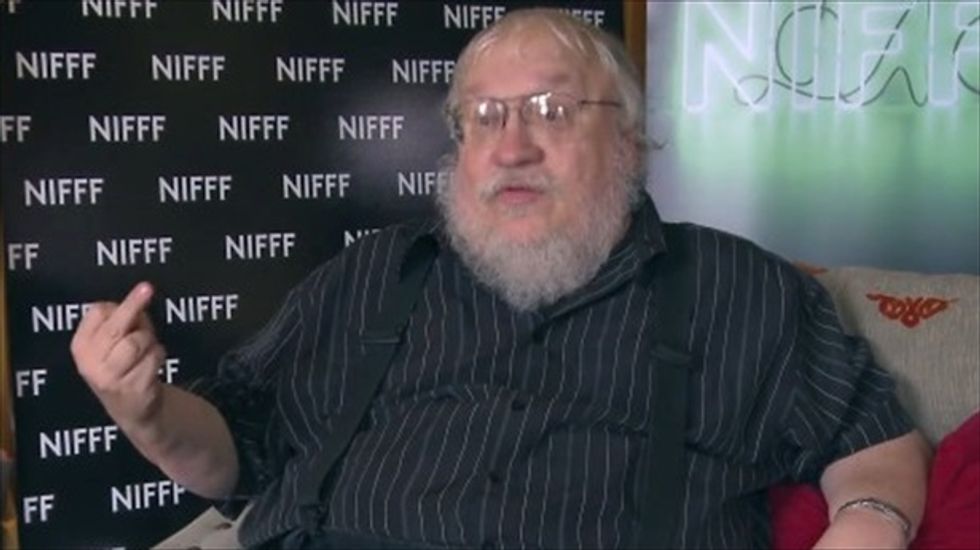 George R.R. Martin, author of the popular Game of Thrones book series, blasted critics suggesting he might not live to finish his work, The Verge reported.

"I find that question pretty offensive, people speculating about my death and health," the 65-year-old writer told a Swedish newspaper before flipping his middle finger. "F*ck you to those people."

Martin has reportedly been working on The Winds of Winter, the sixth out of seven planned novels in the series. He has also allegedly given David Benioff and D. B. Weiss, who are currently heading HBO's television adaptation of the books, a general idea of the direction he expects to take. But Martin has not provided any details on when the sixth book or the series' conclusion, A Dream of Spring, will be released.

"I make no promises," Mashable quoted Martin as saying. "I found out long ago that when you look at the overall task, the cathedral you have to build, it looks so daunting that you just give up and sit down and play a video game."

Watch Martin's remarks, as posted online on Wednesday, below.