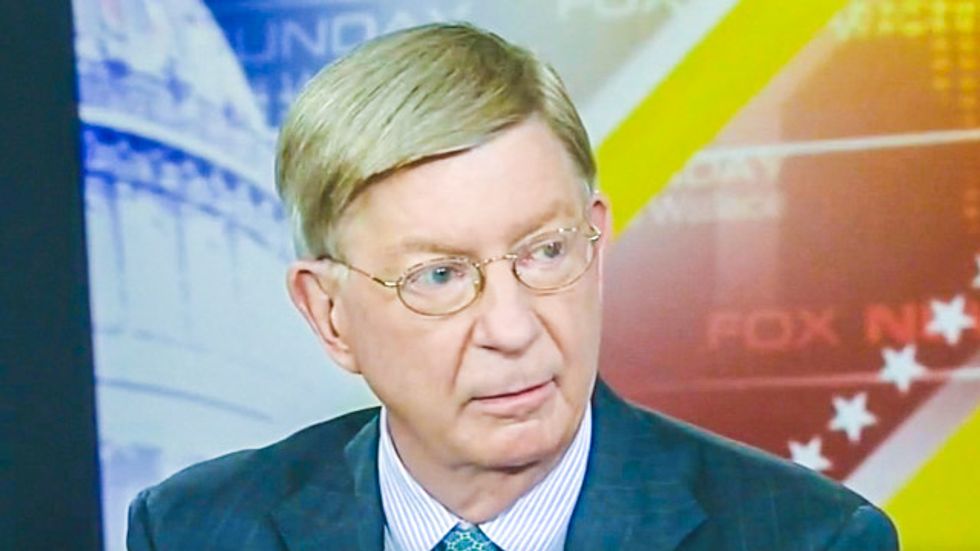 Fox News contributor George Will shocked his fellow panelists on Sunday by asserting that the United States should not deport child refugees who were fleeing violence in Central America.

"We ought to say to these children, 'Welcome to America, you're going to go to school, and get a job, and become American,'" Will suggested. "We have 3,141 counties in this country. That would be 20 per county."

"They idea that we can't assimilate these 8-year-old criminals with their teddy bears is preposterous," he added.

At that point, Fox News host Chris Wallace interrupted: "You got to know, we're going to get tons of email saying, 'This guy doesn't understand the border. Why should we be dealing with Central America's problem? We can't import the problem, they've got to deal with it there, and our border has to mean something.'"

"We can handle this problem is what I'm saying," Will explained. "We've handled what [American poet] Emma Lazarus called the 'wretched refuse of your teeming shore' a long time ago, and a lot more people than this."