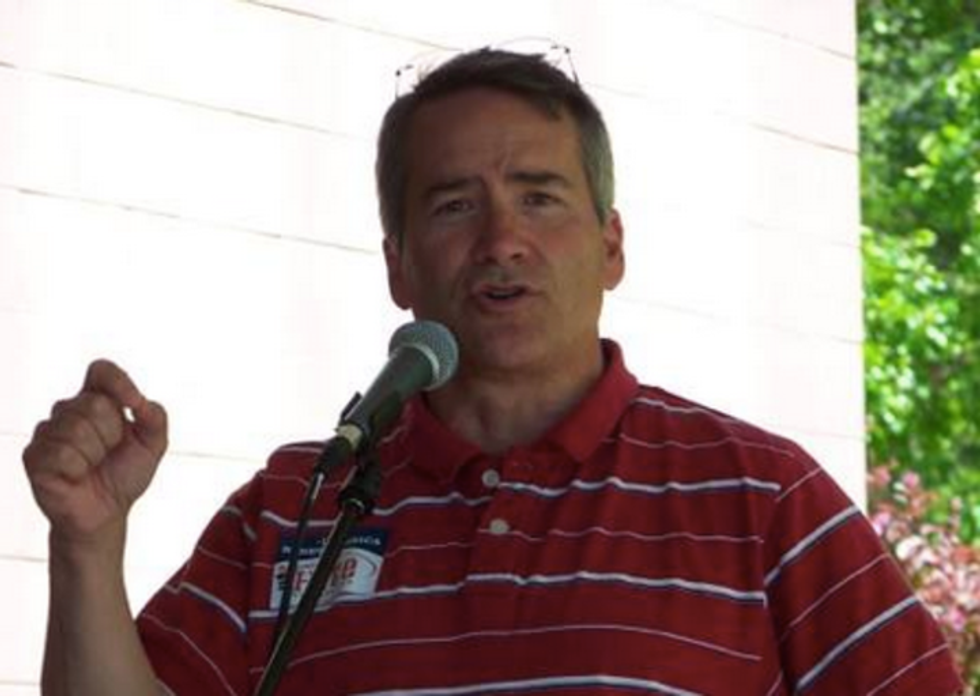 A Republican candidate seeking to represent Georgia’s 10th U.S. House district says the First Amendment applies to some Muslims, but not "radical" ones.

During a GOP debate at the Oconee County Library in Watkinsville on July 8, Mike Collins criticized Hice for claiming that Islam does not deserve First Amendment protections.

But Hice denied ever making such a claim.

"Mike is truth challenged, and there are multiple examples of this," the candidate remarked. "The fact that he would bring up a scenario in a book that is totally absolutely misquoted, using liberal talking points identifies clearly where he really is."

"My book, which he is referring to I'm sure, said that peace-loving Muslims who want to worship have every First Amendment right in the world to do so. My book clearly made the distinction between Muslims worshipping their faith as opposed to Islamic radical terrorists, jihadists -- that could not have been made more clear."

"And my question back to Mike would be, what is it -- I mean, one of two options: either you are deliberately misrepresenting my words or you are in favor of constitutionally protecting and defending radical terrorists in this country. Which is it?"

In his 2012 book, It’s Now Or Never, Hice did distinguish between "peace-loving Muslims" and "radical Muslims," but said that Islam "in its entirety" does not deserve protection under the First Amendment.

"We generally consider Islam 'a religion' and the one who follows its teachings, a 'Muslim,'" he wrote. "However, while peace-loving 'Muslims' adhere to the 'Mecca' portions of Islam, 'Radical Muslims' (Islamists) embrace all of the 'Koranic' teaching. This reality cannot be over-emphasized. When taken in its entirety, Islam is not a religion! Rather, it is a totalitarian way of life complete with its own legal system (Sharia Law), financial structure, military and government system. Although Islam has a religious component, it is much more than a simple religious ideology. It is a complete geo-political structure and, as such, does not deserve First Amendment protection."