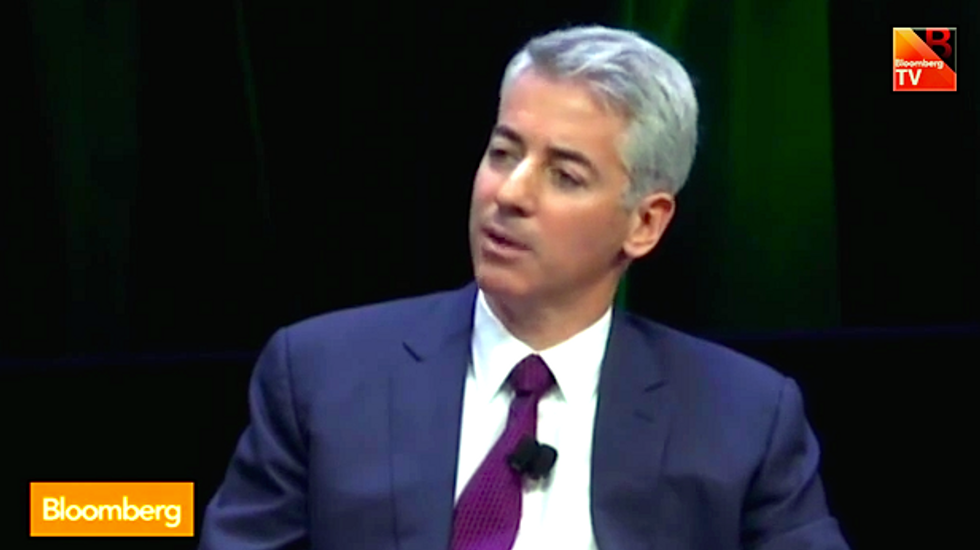 A U.S. lawmaker will pressure the U.S. Securities and Exchange Commission on Thursday to consider a raft of reforms, after William Ackman's aggressive efforts to take over Allergan Inc raised concerns about loose rules governing disclosure and shareholder voting.

Among his top concerns is a rule that lets investors such as Ackman -- who has been described as a "rogue investor" -- delay publicly reporting when they have amassed a large stake in a company for days.

"I am especially interested in the SEC’s process when looking at novel or creative deals like the announced joint-bid by Valeant Pharmaceuticals and Pershing Square for Allergan,” Royce said in a statement.

“Mr. Higgins’ appearance before the committee is an opportunity to make sure that the Commission is making robust reviews of these sorts of deals to ensure strong investor protections and market transparency.”

Saat Alety, Royce's spokesman, said that Royce is prepared to take legislative action if the SEC fails to fix the problem on its own.

In recent months, Royce has been writing letters to the SEC to express concerns about some unusual maneuvers that Ackman's company Pershing Square Capital Management has used in its joint effort with Valeant Pharmaceuticals International Inc to win a $53 billion hostile takeover of Allergan, which is headquartered near Royce's California district.

In one May letter, Royce said he was concerned about early efforts by Ackman to call a non-binding shareholder vote outside of Allergan's typical election procedures as a way to pressure Allergan to negotiate a deal.

Royce said he feared this "shadow" election would make it tough for shareholders to "truly understand what is going on."

Pershing Square dropped plans for a shareholder referendum in May and has since pursued a more traditional proxy battle.

In a July 2 letter to Royce, SEC Chair Mary Jo White said that the Corporation Finance division will "continue to consider issues raised by the filing related to the abandoned shareholder referendum" and "issues raised by any future filings of a similar nature."

Ackman's tactics have raised a number of regulatory questions, both about his actions and about hostile takeover bids generally.

It has renewed calls to fix a SEC rule that affords large investors a 10-day delay before they must report when they have amassed more than a 5 percent stake in a company.

The 2010 Dodd-Frank law authorized the SEC to shorten the reporting period, but so far the SEC has not taken up the measure.

Higgins' division is in charge of reviewing financial statements of public companies and corporate governance matters.

In that role, his division would oversee a rule-writing on the reporting period and also review proxy filings and related regulatory matters.

Royce's questions on Thursday will touch on just one of what is expected to be a wide-ranging list of topics at the hearing.

Lawmakers also plan to ask Higgins about other matters, from rulemakings required by the Dodd Frank and JOBS Act laws, to how the SEC oversees proxy advisory firms.