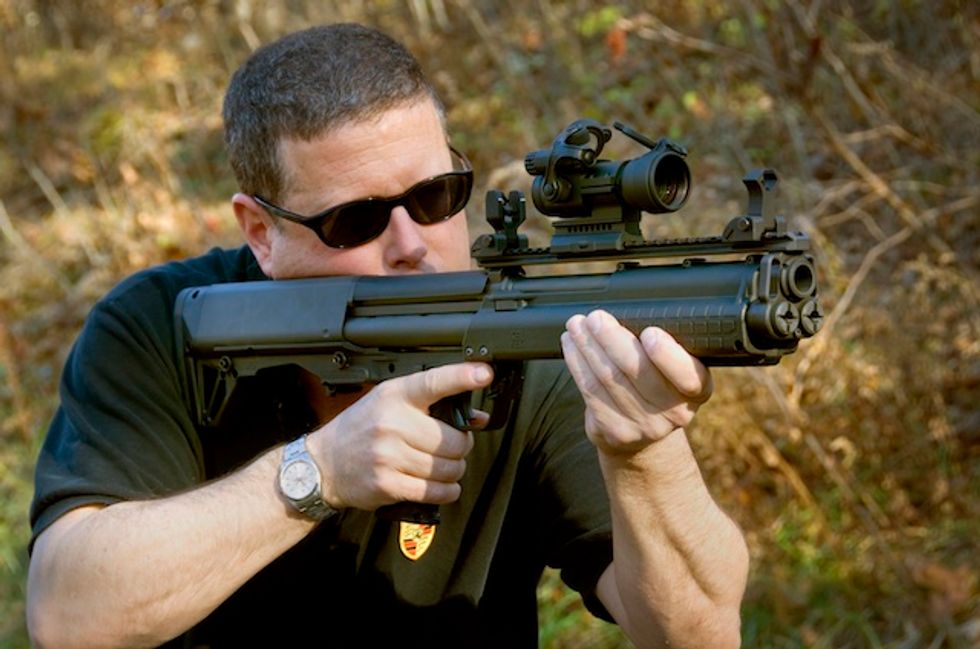 "I think gay couples should be able to defend their marijuana plants with machine guns," says Robert Farago, a former television news producer and Creative Loafing managing editor who calls himself a gun rights "absolutist" and owns The Truth About Guns website.

"No gun control law is constitutional," he says. "I'm against background checks, magazine limits, and bans on certain weapons."

And he disagreed that gun violence is even a problem in the United States.

"The problem is not huge at all. The number of people killed annually is roughly 40,000 -- out of 310 million people, that's not a large number. We're a very safe society. Crime statistics are going down on their own," he says. "You're assuming that something needs to be done. that we need to modify our laws to deal with gun violence, and I don't accept that."

It was Jennifer Mascia who told me about Farago and encouraged me to give him a call. I had told her that whenever an assault weapons ban is proposed following a mass shooting, gun rights advocates inevitably call it futile and uninformed. And manufacturers seem to find a way around whatever regulations are put in place.

I told Jennifer I wanted to talk to a gun expert and put it to him -- what would you do to decrease the number of gun deaths?

Farago understood the question. But he suggested that nothing needs to be done at all. It was a sign of the challenges facing anyone who thinks they can bring together gun control and gun rights advocates for some kind of middle ground.

"Kids die accidentally -- It's terrible. But percentage-wise it's not a huge problem. It just isn't. Guns are safer than swimming pools," Farago says.

"Criminals are the number one source of gun crime. What are you going to do, disarm them? That's not working in Chicago very well."

And he denied that mass shootings are a problem, despite what the media might say.

"How are you going to stop Adam Lanza from shooting children? I don't think there's a law that's going to stop him," Farago says. "I don't want to seem insensitive. I've known people who have been victims of shootings. I knew the doctor who was shot whose death started off the Brady campaign. He was my family doctor, and he was shot in a parking lot two blocks from his house. But to say that it's an epidemic, it's not factual."

Farago points out that at his website, each day they post an anecdote about an irresponsible gun owner to acknowledge that people make mistakes. But more gun control laws aren't the answer.

"Gun control is a fundamentally elitist principle. It says we can change society from the top down. Well, you can't protect people from themselves. Nor should you even try in certain circumstances. Generally speaking, we are a safe society" he says. "We can't have the America we want if we take away firearms. I know how that sounds to some people, but it's true.

"If people want to have gun control. Then they should start by repealing the Second Amendment to the Constitution. And good luck with that. It's not going to happen. Americans cherish their gun rights."