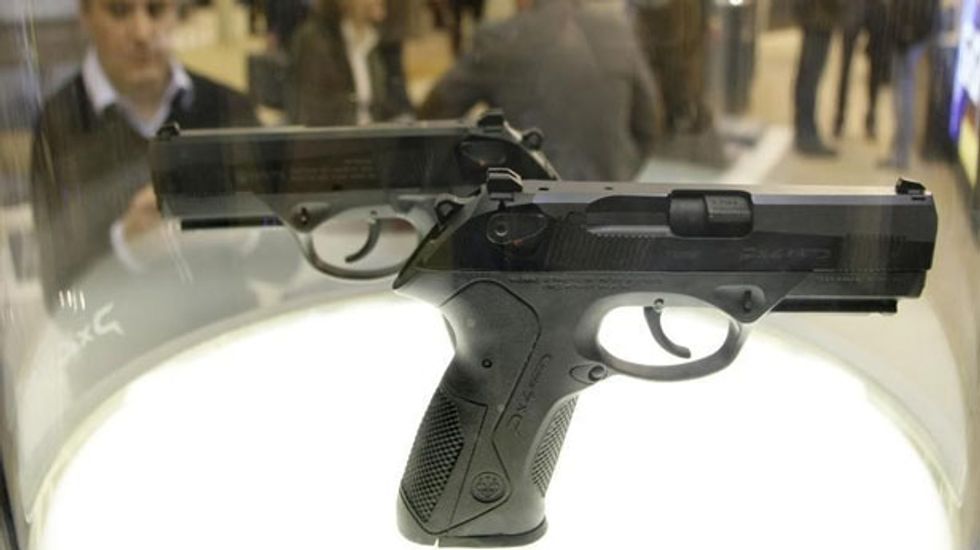 The Italian-owned company will shut down its manufacturing plant at Accokeek, Maryland, and move to a new one it is building in Gallatin, Tennessee. The $45 million Gallatin site is scheduled to open in 2015.

Beretta said on Tuesday it was concerned that during debate on the Firearm Safety Act of 2013 the Maryland Senate had voted to bar the company from being able to manufacture, store or import firearms, as it had done since 1977.

Although the House of Delegates turned aside some of the provisions, "the possibility that such restrictions might be reinstated in the future leaves us very worried about the wisdom of maintaining a firearm manufacturing factory in the State,” Beretta USA General Manager Jeff Cooper said in a statement.

The company had been planning to move only new product lines to Tennessee, but it decided to move all production because of the new law.

The Maryland law, prompted by the December 2012 school massacre in Newtown, Connecticut, requires handgun buyers to undergo safety training and submit fingerprints to obtain a license. It also limits magazine capacity to 10 rounds and bans the sale of 45 types of assault weapons.

Democratic Governor Martin O'Malley, who pushed for the legislation, defended the law.

"We're disappointed with this decision, but the commonsense gun safety law we passed, which includes licenses for handgun purchases, is keeping schools, families, and law enforcement personnel safe," O'Malley spokeswoman Nina Smith said in a statement.

The Beretta plant had been used for research and development and produced handguns, rifles and shotguns. Beretta will maintain the Maryland office for executives and administrative support.

The move will eliminate about 160 jobs in Maryland. Beretta plans to hire 300 employees at the new plant.