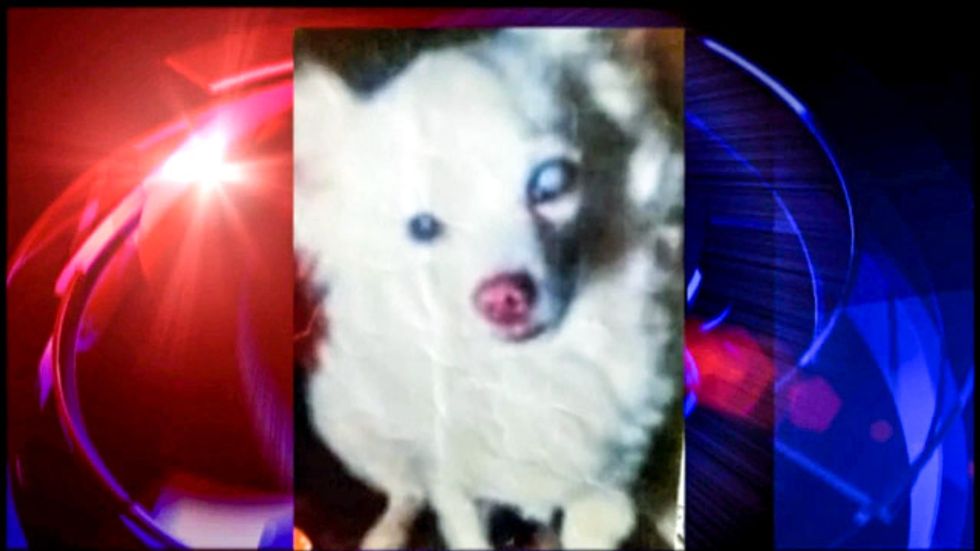 The mayor of Houston has apologized to a family whose nearly blind dog was killed in traffic after a police officer forced them to leave it on the side of the road.

Josie Garcia told KTRK that the family pet Chihuahua, named Guero, was along for the trip when her husband gave a friend a ride on July 13. The men were stopped by a Houston police officer for failing to use a turn signal, and a search of the vehicle turned up prescription medication, which Garcia said belonged to the passenger.

The officer took both men into custody. And when the tow truck arrived, the dog was placed on the side of the road.

"My husband pleaded with the officer to let him call someone to come get Guero, and asked him to call Barc [animal shelter], but he said it wasn't his problem, that the dog would be fine," Garcia recalled.

Charges against Garcia's husband were later dropped, but the family still could not find their dog.

Garcia placed "lost" signs around the area where Guero was last seen, and three days later, she was notified that she could find the dog lying dead on Eastex Freeway. The 14-year-old pet, which was almost completely blind from cataracts, had been hit by a car.

After filing a complaint with the HPD Internal Affairs, and voicing her concerns before the City Council, Garcia got an apology from the mayor.

The Houston Police Department also expressed its condolences, but could not comment on the case because of an ongoing internal investigation.

On Tuesday, Craig Malisow of the HoustonPress demanded to know why it would take longer than two weeks to provide Garcia with answers.

"Internal affairs investigations triggered by complaints could take up to 6 months, if not longer, according to an HPD spokesperson," Malisow wrote. "We can understand why a complex case with multiple witnesses with conflicting stories might be a real quagmire of a case, but, really, to say it could take 180 days to determine whether an "airhead" (to quote Mayor Parker during the public input session) left a freaking dog on the side of the road is a bit of a stretch."

"We don't understand why a complaint as odd as this is allowed to remain unresolved for more than 72 hours," he added. "Either Garcia is withholding part of the story, or just fabricating it outright, or this police officer acted irresponsibly. Call us selfish, but we think the public -- if not Garcia and her husband -- deserves a timely answer."