How silk bulletproof vests and Bibles could have rewritten human history 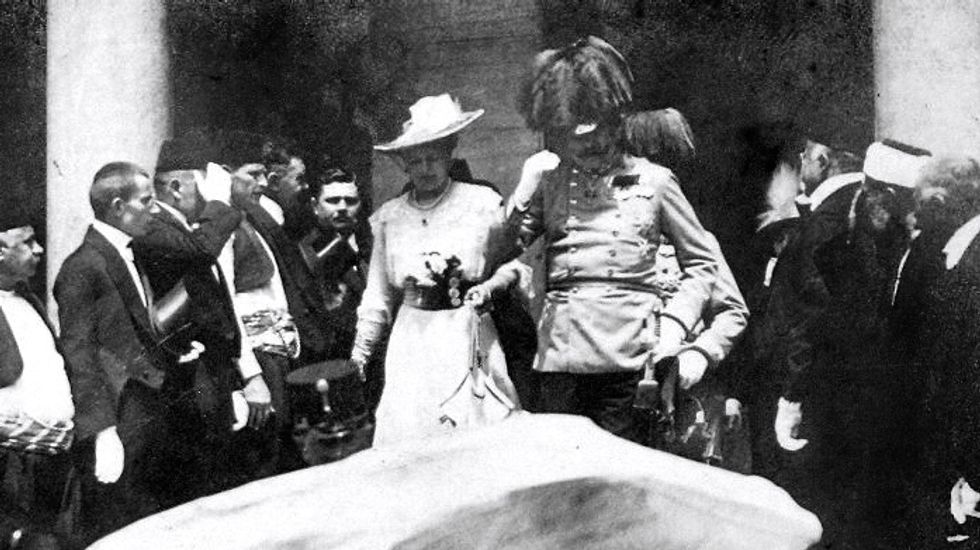 It is a tiny bright circle of colour imprisoned under glass. Hans Holbein's miniature of Anne of Cleves is a miraculous little portrait that, supposedly, changed the course of history.

Another small thing that might have changed the world – if Franz Ferdinand, the archduke of the Austro-Hungarian Empire, had remembered to wear it – has just come to light. Britain's Royal Armouries are conducting experiments on silk bulletproof vests to see if this 19th-century security device might have stopped the bullet that killed him in the summer of 1914. It is said that he owned one, but forgot to wear it on that crucial day.

Hans Holbein's portrait of Anne of Cleves is a small thing that did change history. It is based on a drawing that Holbein made from the life of this European princess. Henry VIII decided to marry her after seeing the picture, even though they had never met. The rest, as they say, is history. Henry found his new wife repulsive when they did meet, and themarriage was rapidly annulled.

No one seems to have thought of punishing Holbein for "misleading" Henry VIII, so perhaps the influence of his portrait has been exaggerated. For it is a favourite piece of folklore that small things change history. Franz Ferdinand's silk vest is reminiscent of the Bible that saved uncle Jack when a bullet struck him on D-day, and other such tall tales.

The oldest such stories tell of wars that began for trivial reasons. Just as a portrait of Anne of Cleves deceived Henry VIII, the ancient Greeks believed that one woman's beauty caused the Trojan war. It was all because the Trojan prince Paris abducted the beautiful Helen that Greek ships sailed in anger and a city burned. Hers was "the face that launched a thousand ships". In medieval legend, a snake caused a devastating battle by biting a man on the ankle during a truce – the massacre that erupted wiped out the knights of Camelot and killed King Arthur.

These stories often explain how wars start – they make sense of the horror of conflict by reducing it to legend. Yet there may be a wisdom in them. A war that starts over a snake bite is fundamentally absurd. Tales of small things that start big wars imply that war is nonsense.

In the modern world, we fixate on things that embody history; objects associated with momentous events carry a dark fascination. In the Henry Ford Motor Museum, Detroit, you can see the Lincoln limousine in which John F Kennedy was killed. Had the president not got into the car that day, would he still be alive? Or would the bullet have come from somewhere else, on another day? It might have done, if you believe in conspiracy theories.

Bullet holes preserved in the wall of a church in Delft mark the assassination of William of Orange, a fatal moment in Dutch memory. Those bullet holes have, rightly, been left untouched as traces of history. For bullets are the ultimate small things that change the world. The silk vest that might or might not have saved Franz Ferdinand will remain one of history's hypotheticals. The bullets that killed him and Sophie, duchess of Hohenberg on 28 June 1914 are fact.

The real question is, why did that one event have such immense consequences? The first world war was not "caused" by the assassination of Franz Ferdinand and his wife, any more than the face of Helen of Troy is likely to have caused the Trojan war (if it ever happened). It was the complex chain of decisions and foreign-policy stances made by European powers dating back to about 1880 and their reactions in July and August 1914 that led to war. At another moment, the killing of an archduke might have been a random tragedy without global repurcussions.

History is made by big forces, not small things. We like to fixate on the small because it is more consoling. It would be nice to believe that if one rat never got on a ship, the black death would never have happened. But plagues and wars are bigger than the tales we tell to make sense of them.