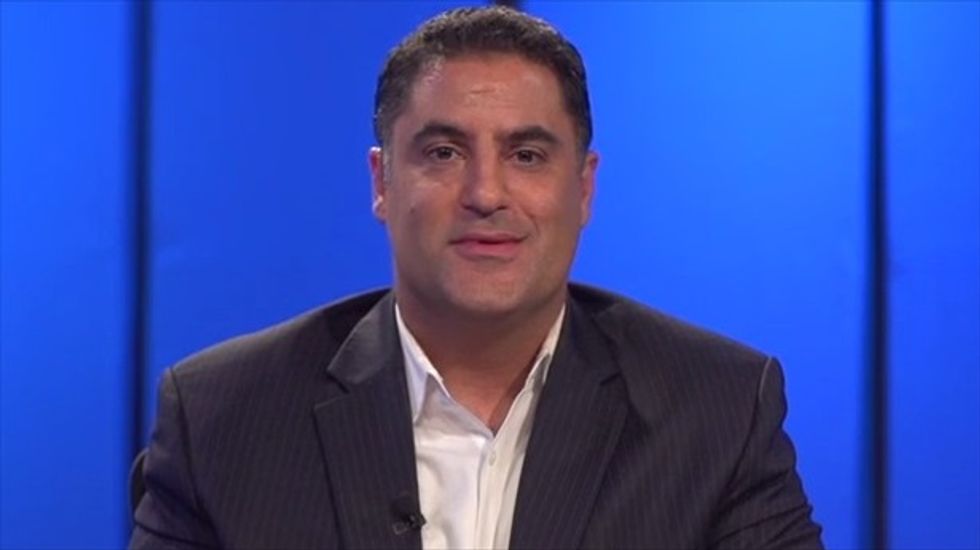 "Who wants to be in a party that's anti f*ck-ins?" Uygur asked sarcastically. "I'm pro f*ck-in. If you can do it, have at it, hoss. That sounds like fun. See, now you can go ahead and get angry at me."

Kasparian explained that conservatives began hurling insults at Valenti following her post about organizing a "safe-sex f*ck-in" at the stores to protest the Supreme Court ruling allowing the company to opt out of having to pay for some types of reproductive health products from its employees.

Maybe women should organize a safe-sex fuck-in at every Hobby Lobby across the country. In the glitter aisle. JUST A THOUGHT.

In response, Kasparian said, detractors went from assuming Valenti was making the suggestion with a straight face to condemning her for joking about the issue. She also said that some conservative women's hypocritically take "anti-sex" stances in public while portraying liberal women as being sex-crazed.

Watch Kasparian and Uygur's commentary, as posted online on Tuesday, below.