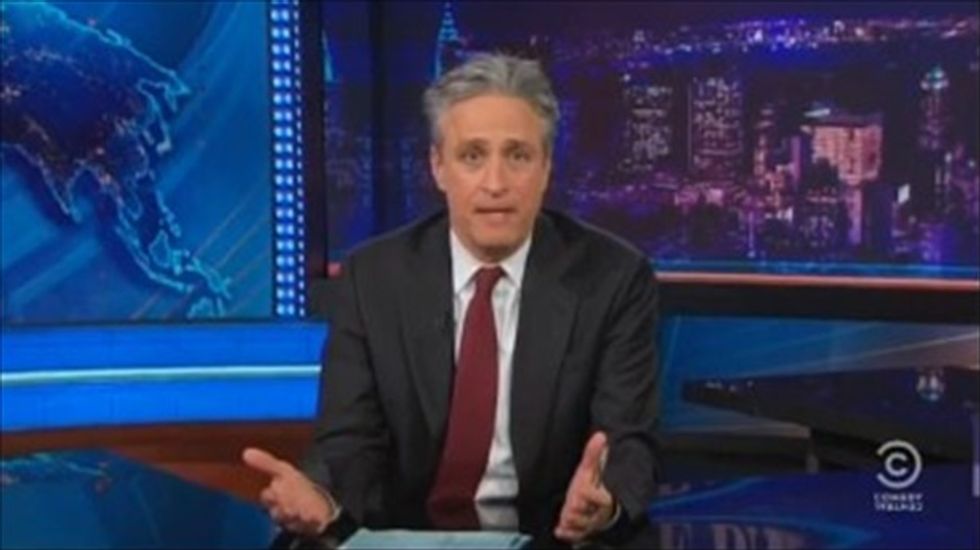 "You come on the program loaded down with your 'Jon Stewart was absolutely wrong' file," Stewart said. "And I'll see if I can perhaps dig up one or two things you've been mistaken about."

Stewart's dare came about in response to an interview this past Sunday between McCain and Fox News analyst Howard Kurtz, during which Kurtz asked the senator if he felt Stewart was fair to Republicans. At first, Stewart fielded the question himself.

However, McCain told Kurtz that, while Stewart is not fair to GOP members, it did not matter because he's a comedian.

"When he says things that are absolutely wrong he gets away with it," McCain told Kurtz. "It is what it is. I frankly have no beef with late night comedians who make fun of politicians. That's the nature of the business."

McCain's answer did not sit well with Stewart, who admitted to his own share of mistakes -- like having actor Hugh Grant as a guest -- but was willing to bet that McCain has been wrong more often.

"What do you say, senator?" Stewart said defiantly. "Care to put your money where your forced smile through jaw-clenching anger is?"

To up the ante, Stewart proposed that the loser be forced to watch 24 consecutive hours of footage of the person they're known for "unleashing on the world," Stewart proposed, at which point he displayed a side-by-side picture of McCain's former running mate, Sarah Palin, and the Daily Show host's ex-colleague Stephen Colbert.

Watch Stewart's commentary, as posted online by Crooks & Liars on Tuesday, below.