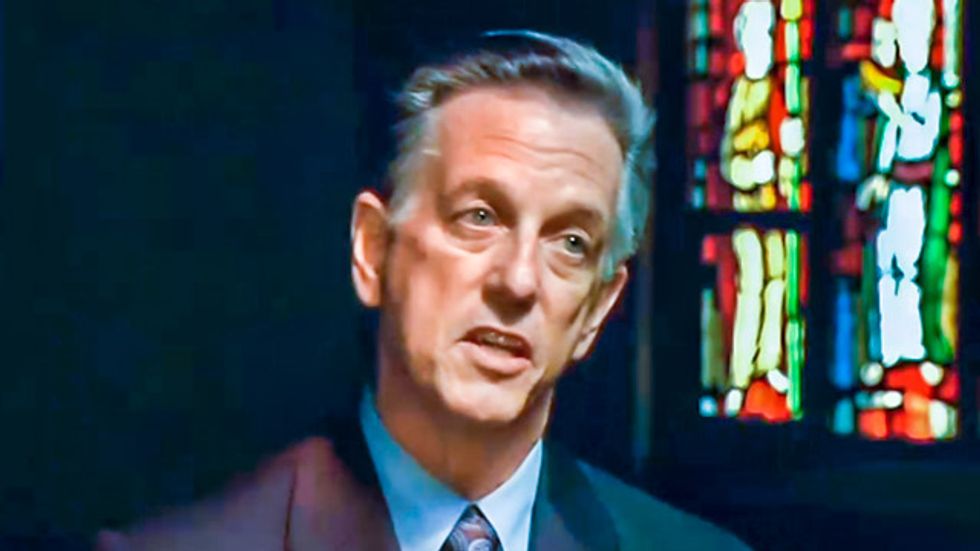 Only hours after a judge overruled Kentucky's ban on same-sex marriage, a Baptist church announced that it would be holding its first ever gay wedding.

The decision was great news to 29-year-old David Bannister Jr. and 25-year-old Steven Carr II, who have wanted to get married for years. Even though they live together, have a dog, and a joint bank account, the couple has not been able to enjoy the same rights as married heterosexual couples.

Highland Baptist Church Pastor Joe Phelps said on Wednesday that his church would marry Bannister and Carr in its first same-sex wedding ceremony next May.

"It takes courage to step out into the unknown," Phelps pointed out to The Courier-Journal. "It's taking us courage to be one of the first churches to do this."

The pastor explained that the church had a "don't ask, don't tell" policy toward LGBT people when he began working there in 1997. Since then, the 1,200 member congregation has worked to become more inclusive. The first openly gay minister was ordained in 2012.

Bannister and Carr first spoke to Phelps over two years ago about the possibility of getting married. After forming several groups to consider the issue, same-sex marriages were approved in May.

But not everyone was happy about the decision.

"There are a very small number in the church [who are upset]," Phelps explained. "And to their credit, they have stayed with the church through all of this."

"All of God's children are equal," the pastor told WDRB. "We have to obey our conscience."

Highland Baptist Church is more than 100 years old, and Phelps noted that a lot had changed in that time.

"150 years ago the issue was slavery. 100 years ago it was women. Today, I'm excited to be in a point of time where it has to do with persons who are gay and lesbian," he insisted. "The same words, the same vows that we ask of our other sex couples who marry, we're going to ask of these same-sex couples."

University of Louisville law professor Sam Marcosson told The Courier-Journal that the church's decision "may influence the debate" within the state.

"What Highland is really doing is what churches do on important issues," Marcosson observed. "They're taking a stand in order to influence their community and move their community in a certain direction."

Bannister and Carr want to be legally married in their home state, but they are prepared to hold the ceremony at Highland, and then travel to another state where it's legal if necessary.

"It's my city," Carr said. "I have so much pride for it. I'd like to get my marriage license here."