Liberal on everything but Israel? There's a name for that! 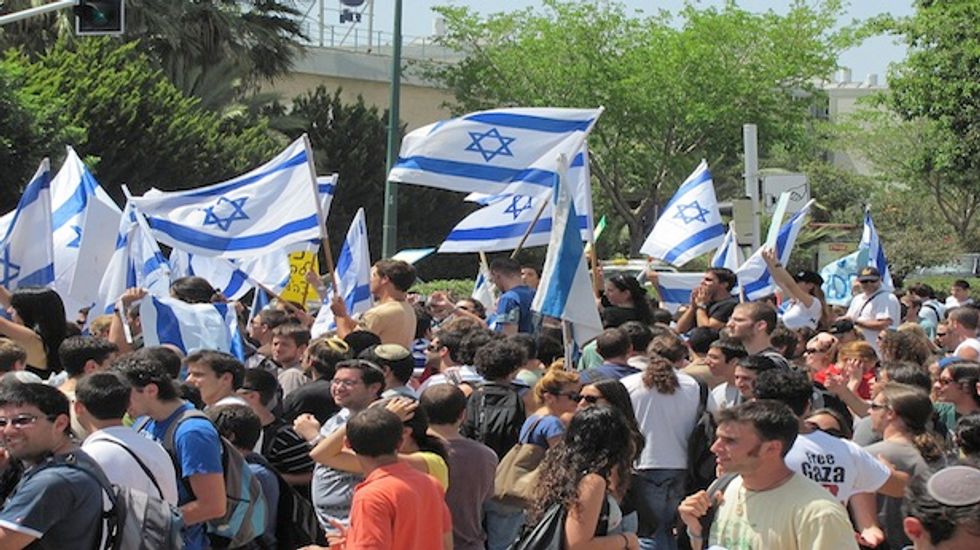 UPDATE: Take the Test to find out if you're liberal on everything but Israel here.

Do you feel dovish most of the time but suddenly hawkish when it comes to Israel? Are you critical of the Democrats for being too centrist but supportive of Likud? Do your liberal ideas apply to every issue except for the Israeli-Palestinian conflict?

If you answered yes to the questions above, you may be a PEP (Progressive Except on Palestine).

But you are not alone! PEPism is extremely common, especially among liberal Jews. In fact, if you are a liberal Jew, there is a high probability that this syndrome runs in your family. If you aren't a PEP, you likely have some relatives who are. Though not genetic, PEPism is sometimes, though not always, passed down from one generation to the next. Two PEPs will frequently, but not necessarily, have PEP offspring, some of whom will outgrow the condition. Conversely, occcasionally, the offspring of two PEPs will experience an adverse reaction, manifesting in hyper-keffiyeh use and fetishization of all things Arab.

The onset of PEPism varies. Children of PEPs tend to manifest symptoms as pre-teens. People who do not come from PEP parentage might experience a later onset, especially following a Birth Right trip or, in later years, after a move to Florida.

I am not a PEP and come from a PEP-free family. I have, however, seen how PEPism can affect people's judgement, end relationships, and make social media extremely unbearable. So, I am speaking out.

And I'm not the only one. The term PEP appears in alternative media. But it hasn't penetrated traditional media, for the most part. Though I don't know who came up with the term, and I can't remember where I first heard it, I unknowingly helped raise awareness about the syndrome via The Washington Post. In a review of Laughing Liberally, a political comedy show which I co-founded and in which I perform, journalist Emily Wax-Thibodeaux wrote,

With her heavy Upper West Side accent and frequent references to Zabar’s, comedian Katie Halper often stuns the audience by giving voice to the Palestinian plight — as a Jewish liberal....

.... Some in the audience laugh. But some clearly experience what Halper, a Laughing Liberally co-founder, calls the “PEP Phenomenon,” or Progressive Except on Palestine.

Because I'm so humble (and/ or was kvelling over seeing my name and my show in print), I didn't realize the significance of the appearance of PEP in the newspaper, until Philip Weiss wrote a blog post at MondoWeiss called "'PEP’ (Progressive Except Palestine) makes the Washington Post."

Do you think you or someone you know might be a PEP? Tomorrow, I'll have a diagnostic test for people to take. Remember, getting tested is the first step.