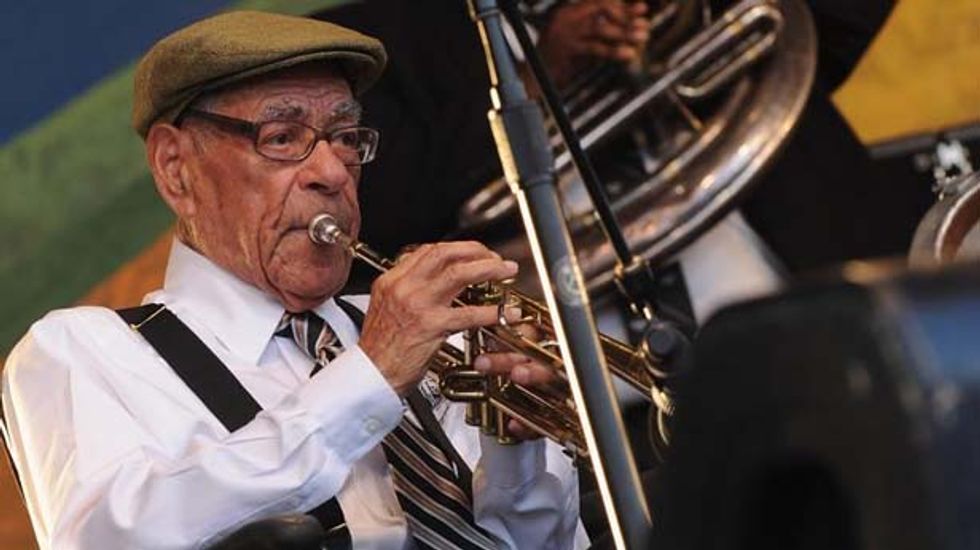 Legendary jazz trumpeter Lionel Ferbos, whose prolific career began with society bands that predated the Great Depression, died in New Orleans at the age of 103, US media reported.

Reports said Ferbos was the oldest active jazz musician in a city where music luminaries of all ages make careers playing the Big Easy's iconic style of traditional jazz.

And until recently, Ferbos fronted his own band, the Louisiana Shakers, each week at the same renowned jazz club, news reports said.

Over the years, he performed at the French Quarter Festival and the New Orleans Jazz and Heritage Festival, although this year he appeared at neither venue because of his advancing age.

He has shared the stage with musical luminaries including Maria Muldaur, Bonnie Raitt and Ani DiFranco, among many others.

A legend in his own right, Ferbos also toured Europe several times during his long career, appearing with numerous bands, including the New Orleans Ragtime Orchestra, a beloved local institution.

The New Orleans Times-Picayune reported that Ferbos performed publicly for the last time in March, playing a Sunday afternoon gig at the "Nickel-a-Dance" traditional jazz series at The Maison on Frenchmen Street.