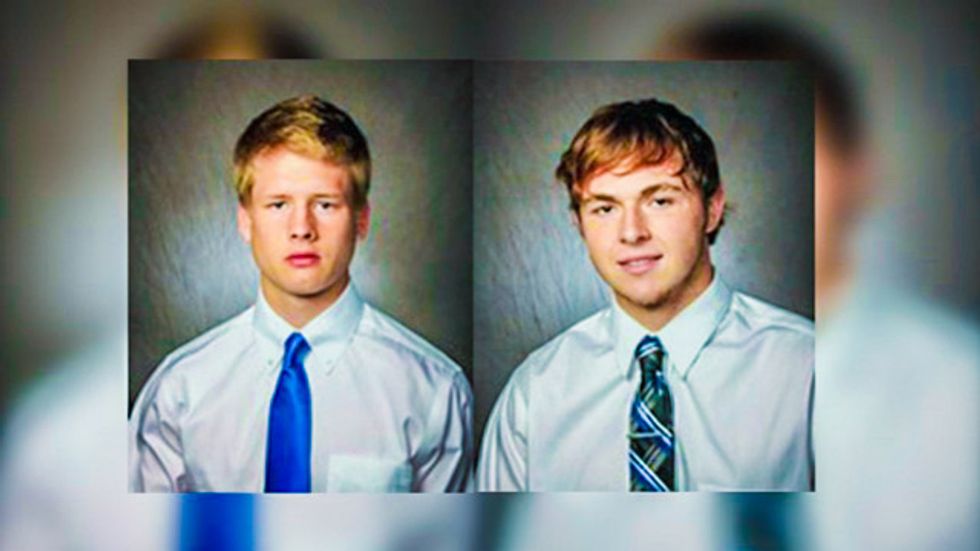 Two 19-year-old hockey players in Minnesota have admitted that they videotaped themselves having sex with a 15-year-old girl, but said they were not guilty of child pornography because the act was consensual.

The charging documents stated that the girl later told her mother that she had sex with Carey, and learned that the video had been shared with other players and their friends. She said that one person contacted her with the comment, "Nice video."

The girl told a detective that she contacted Smith and Carey, and asked them to send her a copy of the video, and to delete it.

"The detective reportedly found a screen shot of the video of her and Carey on her cellphone, as well as a sexually explicit nude photo of the girl and a male body part," according to the Forum News Service.

Carey later admitted to detectives that he had sex with the girl, and Smith said that he had recorded it. But both men insisted that the entire incident had been consensual.

Both men were charged with one count of use of a minor in a sexual performance, one count of possession and one count of dissemination of child pornography. They were also suspended from the team pending the outcome of the case.

In a statement, defense attorney Jade Rosenfeldt, who is representing Carey, remarked that she was "disappointed" in the child pornography charge.

"This is not the type of case for which the child pornography statutes were intended, and as more information comes to light, it will be apparent that this is a case involving consensual behavior and consent to photos and videos being involved," she explained.

The attorney representing Smith, Joseph Friedberg, on Tuesday blasted the charges as "a horrendous misuse of prosecutorial discretion."

"The statute was designed for people who have pictures of sex with little children, something most of us can't look at and sleep," Friedberg opined, adding that the 15-year-old victim should not be considered a child.

Under Minnesota law, consent cannot be used as a defense for crimes involving sexual performance of a minor.