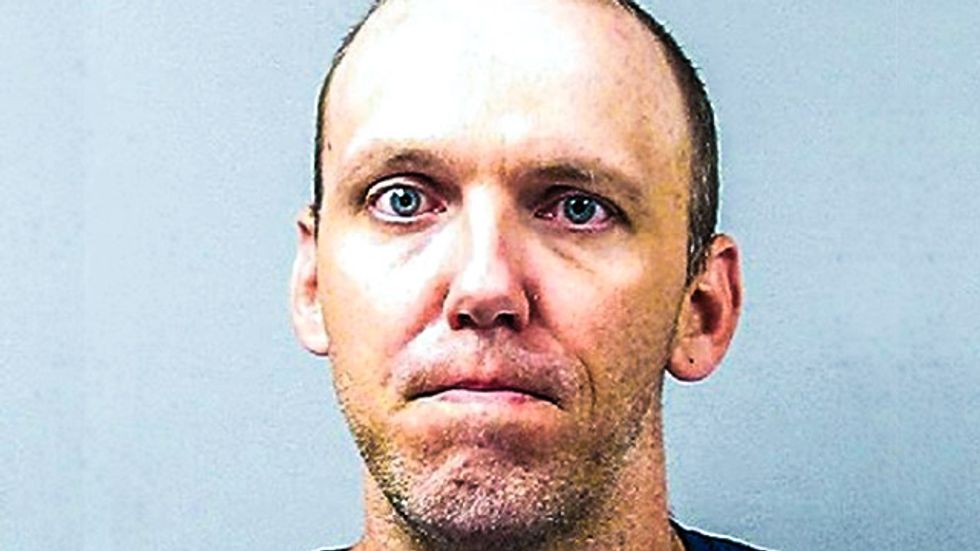 A Minnesota man who admitted shooting a 17-year-old girl multiple times because she asked him to stop trespassing on his riding lawnmower has been charged with attempted first-degree murder.

According to a criminal complaint obtained by The Associated Press, 40-year-old Chad Pickering shot the 17-year-old girl in the chest, right thigh and left ankle while she was standing on the deck of her Bemidji home on Monday night.

“The victim herself was able to describe what had happened and talk to us and tell us that she’d simply been shot when she stepped out of her house to check on her dogs,” Sheriff Phil Hodapp explained to WCCO.

The teen told investigators that she had asked Pickering not to ride his lawnmower through her yard. She also said that he often carried a pistol with him on the lawnmower.

When the girl later went outside to tie up her barking dog, she saw someone crouching, and then felt three bullets strike her. She said that she could not walk, but was able to pull herself into the house to call 911.

Neighbors saw Pickering run through the teen's yard, and he was quickly identified to police after the shooting.

The suspect, however, insisted that he had not seen the gun in about a week. When officers confronted him with the evidence, Pickering reportedly admitted to the shooting.

The criminal complaint said that Pickering told officers he had taken his daughters for a ride on the mower, and then the girl came to his house to ask him to stop trespassing.

Pickering said that he "went to her house, knelt by a pine tree and shot her twice after she came out the front door," the AP reported.

The victim was stabilized at Bemidji Sanford Hospital, and then was taken to Duluth for additional treatment. She was expected to recover from her wounds.

Pickering was charged with premeditated attempted first-degree murder. He was being held at Beltrami County Jail in lieu of $300,000 bond.

WCCO reported that Pickering had been employed at the Northwestern Minnesota Juvenile Center as a corrections worker until June 9 of this year.