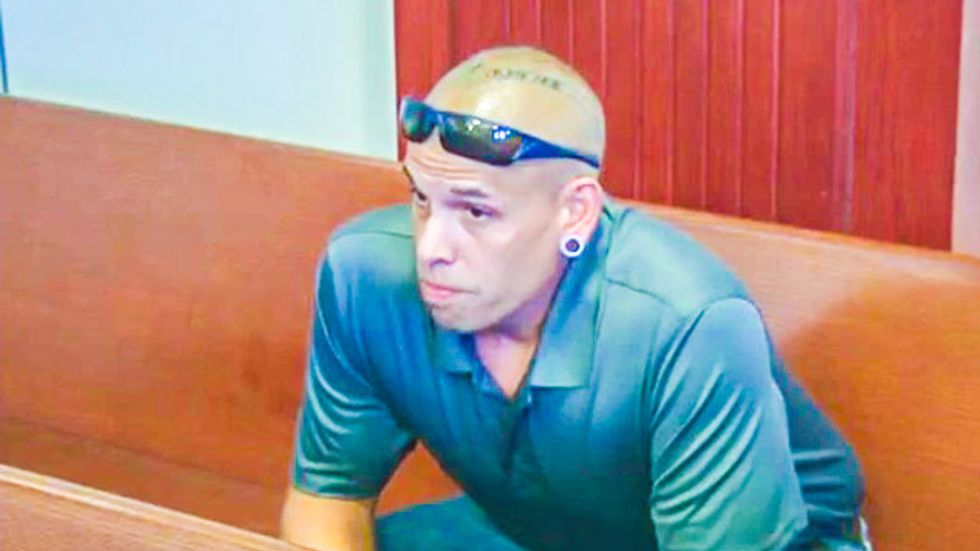 A New Mexico father was in Albuquerque court this week because he gave his 11-year-old daughter a loaded firearm for protection while he went to get a tattoo.

Police charged John Ruiz with child endangerment after his daughter was seen at an apartment complex swimming pool with a loaded .22 caliber pistol under her towel.

According to KOB-TV, the girl did not threaten or hurt anyone with the weapon.

She told police that her father "leaves the firearm with her when he goes to school or runs errands for protection in case someone breaks in or something." KOB-TV reported that the father had gone to get a tattoo at the time the girl was seen with the gun.

Ruiz was charged with child endangerment, and then released on $15,000 bond.

“You guys don’t know about harassment by the neighbors or anything else,” the father told KOB-TV after a court appearance on Monday. "We're good people, I don't know what to tell you. I did nothing wrong."

"I made a mistake, that's it," he added. "I left a weapon unlocked, and my daughter -- and they twisted everything around."