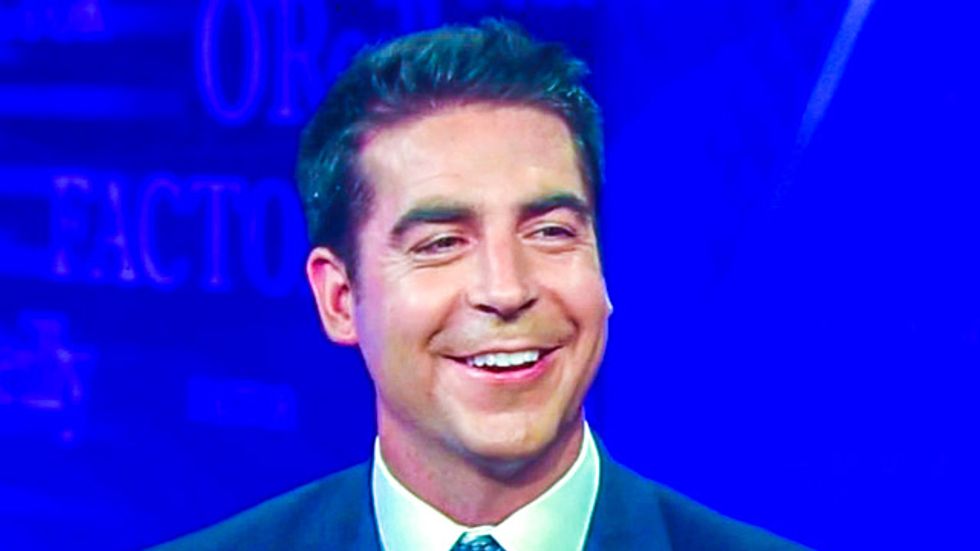 Fox News reporter Jesse Watters said on Monday that Albuquerque police had escorted him out of the 2014 National Organization for Women (NOW) conference after he made sexist comments and failed to obtain a press pass.

Tuesday night's edition of The O'Reilly Factor featured a segment about Watters traveling to Albuquerque, and appearing to mock conference attendees over the so-called "war on women."

"What are you gals trying to accomplish today?" Watters asked one woman, who immediately objected to be calling a gal.

At one point the Fox News reporter asked former NOW President Patricia Ireland to feel his bicep muscle to prove that he was ready to fight in the war on women.

"If you need protection, I can protect you," Watters told another woman.

"That's being sexist," the woman explained. "Because you're offering to protect me."

Watters went on to ask other women at the conference if he would be issued a weapon in the war on women, and if they had ever been wounded with shrapnel.

But when he tried to enter the main conference area, two Albuquerque policemen informed Watters that he would have to leave because he did not have credentials. The two officers escorted him from the building, and a third officer gave him a criminal notice informing him that he would be arrested if he returned.

O'Reilly was clearly amused when he spoke to Watters after video of the confrontation aired.

"The Hyatt wanted to arrest you!" O'Reilly laughed.

"They gave me a criminal trespass summons. If I come back, they're going to arrest me," Watters said proudly.

"I think you should stay at Marriott!" O'Reilly quipped. "You had to fight the war on women. I don't think they believed you when you said you were on their side!"

"If you had looked like Megyn Kelly, maybe they would have let it slide," Watters concluded.

Watch the video below from Fox News' The O'Reilly Factor, broadcast July 1, 2014.