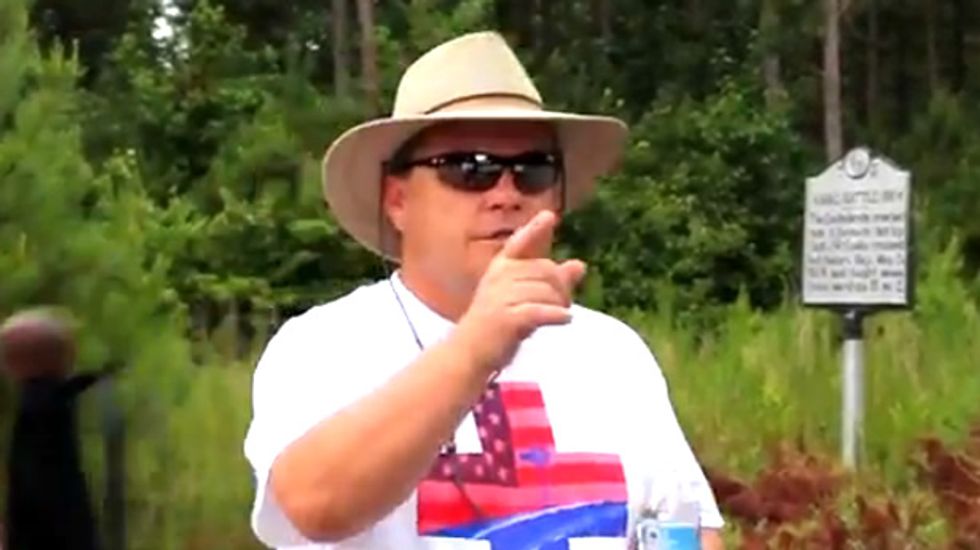 When he arrived in Woodbridge, Virginia yesterday, Mayor Adam O'Neal (R) spoke on behalf of Save Our Hospital, a group dedicated to preserving the Pungo District Hospital, which once serviced over 20,000 patients in Beaufort and Hyde counties.

The hospital had been purchased in 2011 by Vidant Health, who promised to expand it. Instead, the group gutted the hospital of vital equipment and, in 2014, shuttered it for good. In Woodbridge, Mayor O'Neal attacked Vidant, saying they made over $109 million in 2013 and closed the critical care hospital anyway.

"It's immoral for a company to take health care away from people and keep your non-profit designation," the mayor argued. "We're also walking to see a bill introduced that HHS has to sign off in order to close a critical-access hospital."

"We've had our health care stolen," he said, adding that the Republican establishment in North Carolina's reluctance to accept Medicaid expansion contributed to Vidant's decision to close the hospital. "Not a person in power has sent a letter to Vidant telling them to get their act together," he said, and North Carolina Governor Pat McCrory "won't meet with us."

"We need to stop playing politics with this," the mayor said. "I'm afraid that my Republican colleagues in NC are going to get killed this fall because of Medicaid expansion. There's 500,000 people in NC that could have insurance coverage the next 2 years and not cost the state a dime, and the state's not accepting that. Now, if you're representing the citizens, how can you not do that?"

Mayor O'Neal will arrive in the District of Columbia on Monday, July 27, and will host a rally in front of the Capitol Building at 11:10 a.m. His progress can be tracked via his official Twitter account.

Watch video of Mayor O'Neal arriving in Woodbridge, Virginia via Blue Virginia below.