NRA’s ‘Everyone Gets A Gun’ plan: Kids must pass shooting tests to advance in school 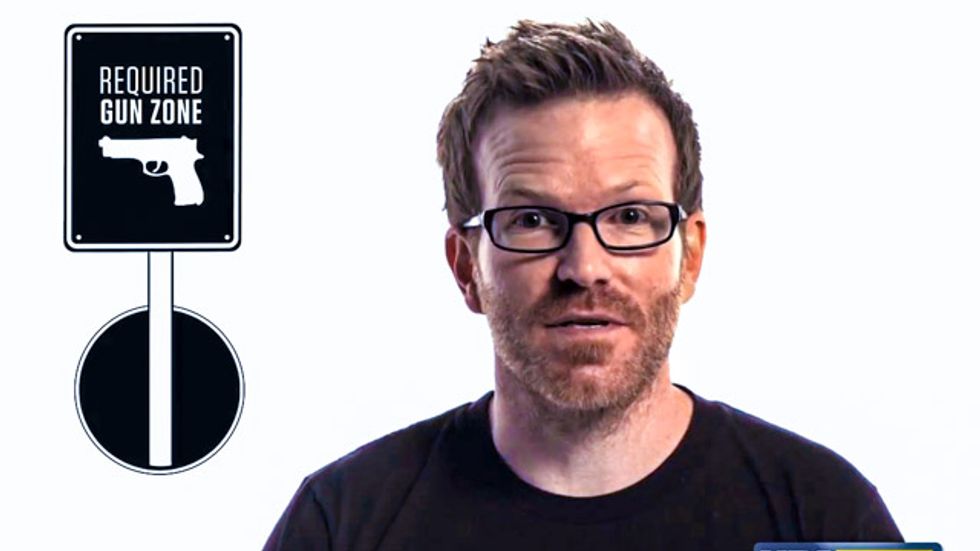 NRA commentator Billy Johnson this week proposed that children be forced to learn shooting skills in order to graduate as part of a plan to enact "gun-required zones" in the United States, and use taxpayer money to subsidize firearm purchases.

In a video title "Everyone Gets A Gun" that was released on Monday, Johnson complains that U.S. gun policy was focused on limiting access to firearms.

"As a country we have an education policy. Imagine if that policy was about limiting who has access to public education," he argued. "I mean, let's be honest, the danger in educating people to think is that they might actually start to think for themselves. Perhaps we should think seriously about who we give access to knowledge. They could use it to do a lot of damage."

"We don't have a U.S. gun policy. We have a U.S. anti-gun policy," the NRA commentator continued. "Gun policy driven by people's need for guns would seek to encourage people to keep and bear arms at all times. Maybe it would even reward those who do so. What if instead of gun free-zones we had gun-required zones?"

In order to make his plan work, Johnson said that children would need to be introduced to firearms at a young age.

Johnson also suggested that the government would have to "subsidize" the purchase of guns like it did with food, education, and health care.

Johnson concluded by lamenting that even Second Amendment advocates "can't fathom a world where we would treat guns as a need."