NY man walks into business for a job, shoots two workers and himself when he doesn't get it 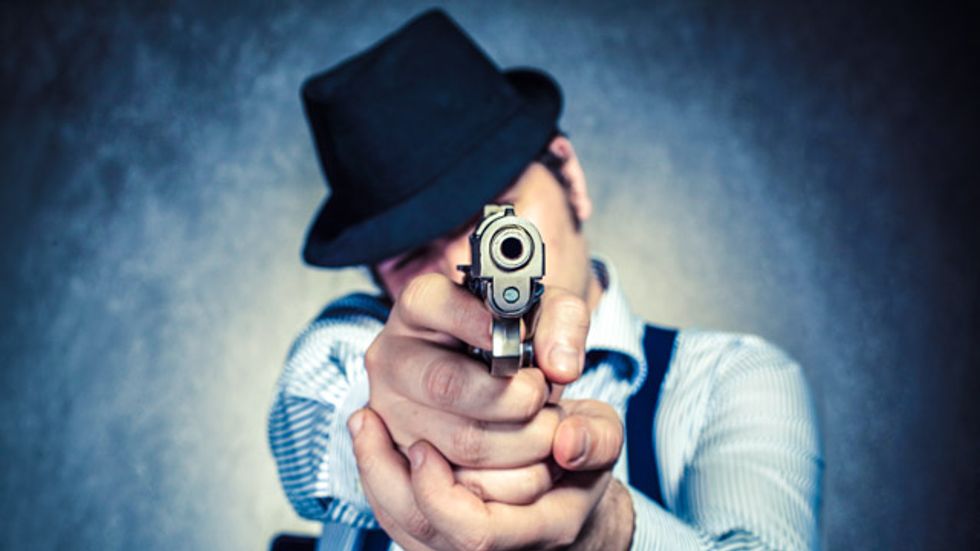 A New York man who walked into a business looking for a job on Monday shot two workers, and then turned the gun on himself when he did not immediately get it.

According to the PIX11, 54-year-old Cameron Waithe asked Oscar Ramirez for a job just after walking into C&A Iron Works in Brooklyn at around 11 a.m. on Monday.

Company manager, Joselo Gonzalez, then directed Waithe upstairs where he could talk to the owner of the company.

“I see him looking nervous,” Chantes recalled. “He’s looking behind his back like someone is looking for him.”

That's when Waithe pulled out a gun and took aim at Ramirez.

“Oscar said, ‘Hey, hey, what’s happening?’ And he just shot him,” Chantes explained. “I ran and started yelling, ‘Everyone get out, get out.’?”

Waithe fired his gun eight times over the next ten minutes. Ramirez fled the building after being shot in the stomach, and 66-year-old employee Armando Tapia was also hit.

For hours after that, the shooter sat barricaded in an office with a gun to his head, while NYPD negotiator Lt. Jack Cambria said that he had "positive" negotiations. Waithe agreed to give up his car keys, and a bomb-like device during the talks.

“We engaged in dialogue and then, unprovoked, he shot himself,” Cambria remarked.

Police said that Waithe had a criminal history that included assault, criminal possession of marijuana and resisting arrest. But his friends and family were shocked to learn of the incident.

“I don’t know what drove him to this,” Waithe's mother told the Post on Monday. “It hasn’t sunk in yet. I don’t know how I feel. My son is dead.”

[Photo: retro gangster man wants to shoot you with his gun via Shutterstock]