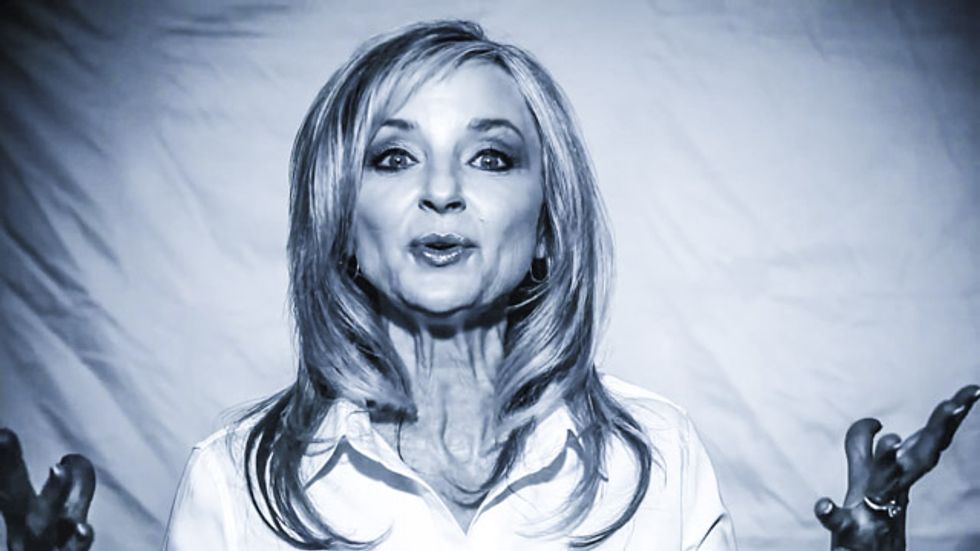 A Republican congressional candidate from Louisiana reportedly fled from an interview recently when she was asked about President Barack Obama's birthplace.

After meeting with 55-year-old Louisiana state Rep. Lenar Whitney last week, The Cook Political Report's David Wasserman came to the conclusion that she was "the most frightening candidate I’ve met in seven years interviewing congressional hopefuls."

Whitney, who is running for Louisiana’s open 6th District, gained some national attention last month after releasing a video claiming that climate change was “the greatest deception in the history of mankind."

Wasserman noted that he had never "met any candidate quite as frightening or fact-averse" as Whitney. She models herself after Rep. Michele Bachmann (R-MN), and enjoys being called “Palin of the South.”

When Wasserman confronted her about the claim that the Earth was getting colder, "she froze and was unable to cite a single scientist, journal or news source to back up her beliefs."

So, he changed the subject, asking her if President Barack Obama was a natural born U.S. citizen.

"When she replied that it was a matter of some controversy, her two campaign consultants quickly whisked her out of the room, accusing me of conducting a 'Palin-style interview,'" Wasserman wrote.

While Whitney has not raised the most cash in her district, Wasserman pointed out that it was possible for her to win the seat because of Louisiana's unusual election rules.

"It’s tough to decide which party’s worst nightmare she would be," he observed.