Pat Robertson: Parents could kick out a pregnant 'stained woman' in the 'old' days 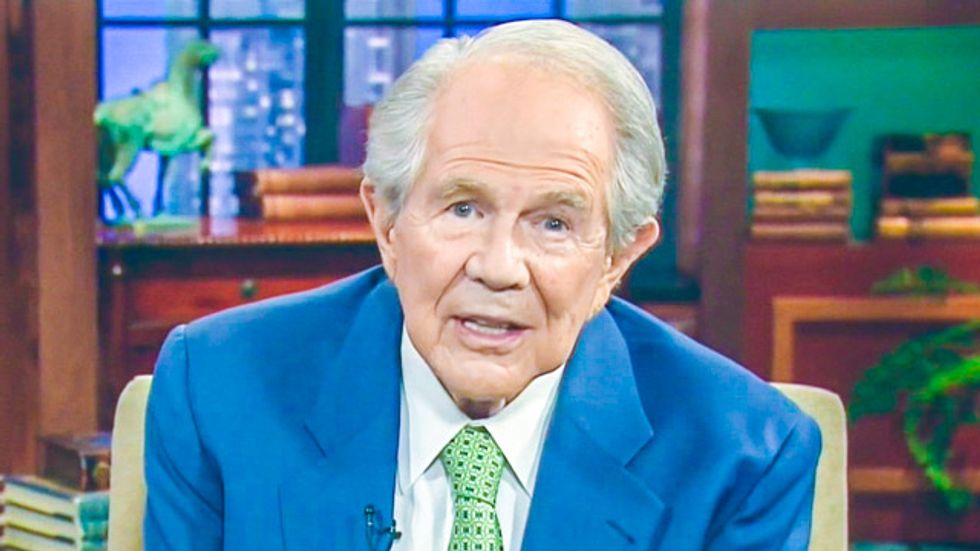 Televangelist Pat Robertson on Thursday advised parents not to kick out their son's pregnant girlfriend even though she was a "stained woman."

In an email, a viewer named Pat told the TV preacher that he and his wife had allowed the unmarried couple to live in their house because they were expecting a baby.

"They are not married and my wife and I are beside ourselves," Pat wrote, adding that he suspected that they were having sex in the house.

"It seems like fornication to us," the viewer complained. "What is the line for us to help but not enable continued sin? Are WE sinning by allowing them both to live in our house?"

Robertson lamented that times had changed.

"You know, the old thing was the little girl would show up on the doorstep with a baby, and the harsh father would slam the door in her face and say, 'Go forth, you stained woman,'" he explained. "Look, that kid is going to be your grandchild, and it's not a question of the fact that you're now trying to keep them from having sex, they've already had sex, and they're going to have a baby."

The TV preacher recommended that the best course of action would be to show the couple "the love of God, and encourage them to get married."

"Who ever heard of they're going to wait until the baby's born?" he asked. "The term for somebody who is born out of wedlock is bastard. You're giving the child illegitimacy."

"But the big thing now is you're going to have a grandchild, and it's not his fault or her fault that the mother or father have taken bad choice," Robertson concluded.