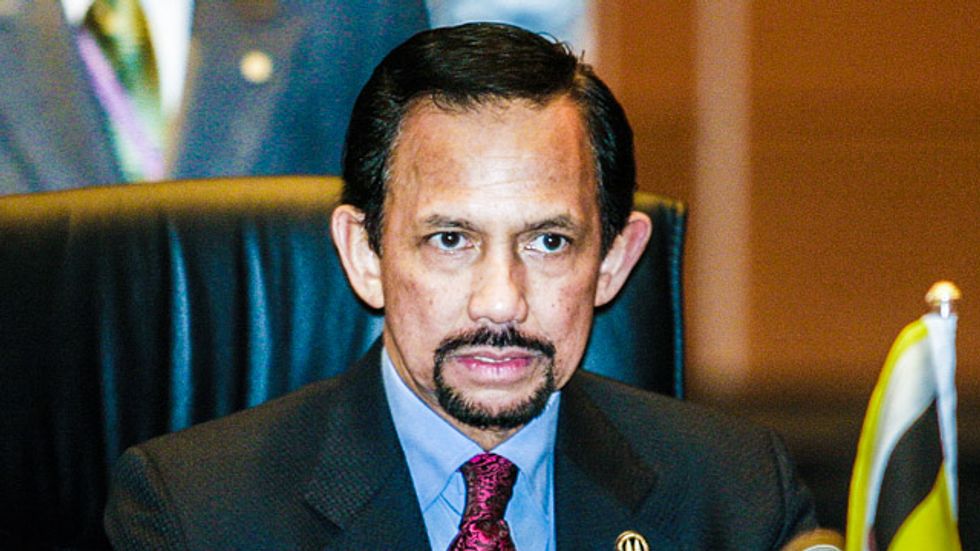 Protesters on Thursday hope to show customers at the Beverly Hills Hotel that they are supporting the establishment's homophobic owner by broadcasting video of a person being stoned to death in front of the building.

In recent months, Sultan of Brunei Hassanal Bolkiah -- whose Dorchester Collection owns the Beverly Hills Hotel -- has put in place a plan to fully enact Sharia law in his country, which includes harsh penalties like executions by stoning for homosexuals.

Celebrities like Zoe Saldana have pledged not to stay at the California landmark. And earlier this year, Jay Leno also participated in protests outside the establishment.

According to Out Traveler, activists will dress in black hoods on Thursday to create a "human screen" in front of the building so that video of a stoning can be shown.

"Thursday’s demonstration is designed to refocus attention on the grave reality of the law," a press release from the activists stated. "Stoning is an extremely violent, gruesome form of the death penalty. You are buried standing up, with just your head and neck above the ground. Then people throw stones at you until you’re dead."

The demonstration is scheduled to begin at 8 p.m. PT.