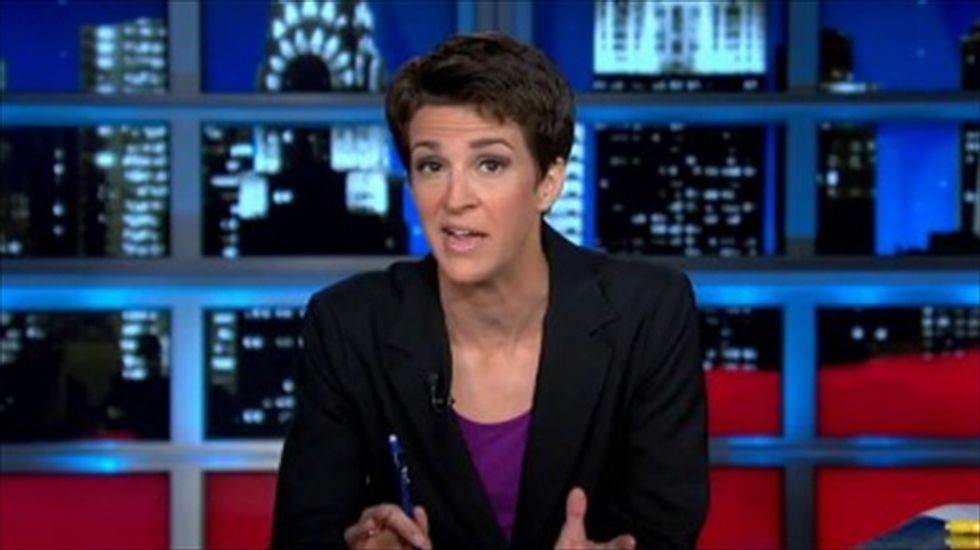 MSNBC host Rachel Maddow tore into House Republicans on Wednesday for stalling on a bipartisan bill designed to help address veterans' issues more than a month after it passed the Senate.

"Right now, while this crisis is still happening, all of Washington's flagrant and shameless lip service on veterans' issues is not being matched at all with action," she said.

Last month, she explained, Senators John McCain (R-AZ) and Bernie Sanders (I-VT) put together a bill calling for the construction of 26 new Department of Veterans Affairs (VA) clinics in 18 states, as well as the hiring of additional VA medical personnel.

The bill also allowed veterans currently living more than 40 miles away from a VA facility to see a private medical professional. At the time, Sanders referred to it as a step toward mitigating some of the damage uncovered by multiple reports of VA malfeasance regarding handling of patients' wait times. The bill passed in the Senate in a 93-3 vote.

Instead, Maddow said, Shinseki's resignation has left the department without a leader, since President Barack Obama's nominee to replace him, former Proctor & Gamble head Robert McDonald, has not been confirmed. Meanwhile, the bill has not been able to move out of a congressional committee, where House Republicans have complained about the cost of McCain and Sanders' legislation.

"See, when the attention is there and everybody's complaining about how something must be done, it's very easy to demand, in theory, that 'this must be done, no expense spared, this is a sacred obligation that we're violating, we have to fix it,'" she argued. "Sounds great. Print it, put it on a campaign ad, right? But when it comes to actually doing it, when it comes to actually putting your money where your mouth is, apparently so far the answer is, 'No, we don't actually want to spend the money.'"

Watch Maddow's commentary, as aired on MSNBC, below.