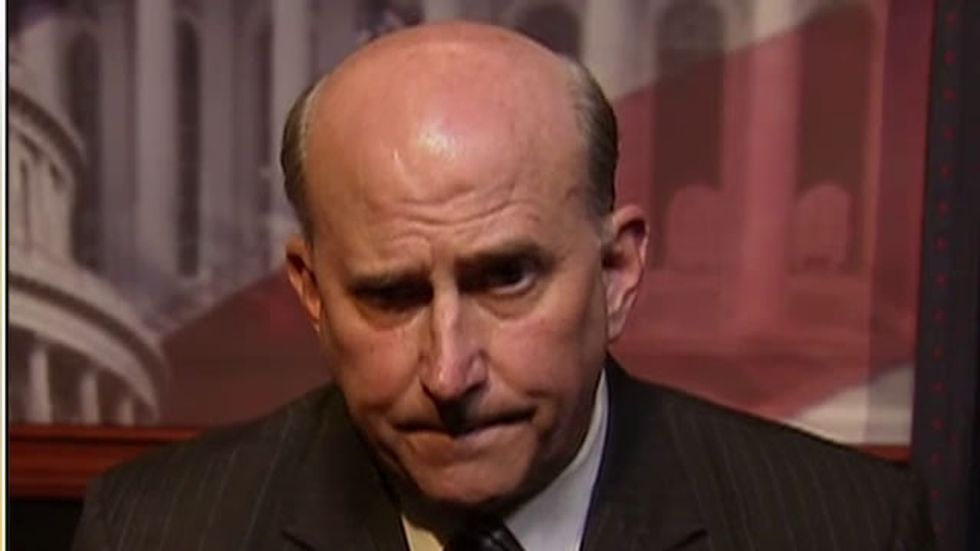 Just one day after international watchdogs said Iran was complying with demands to scale back its nuclear program, Rep. Louie Gohmert (R-TX) called for the country to be bombed because of the conflict in Gaza.

"Mr. Speaker, in Israel right now, there is a battle for peace," he said Tuesday on the House floor. "They are being embattled by a group who teach their children, in the educational materials we help pay for, to hate Jews, to hate Israelis. They teach the people to hate Israelis as well. They name streets and holidays after people who kill innocent people."

"It is time to cut off every dime of American money going to anyone who has any kind of relationship with Hamas or those killing in the Middle East, and especially in Israel," the congressman continued.

"It is time to bomb Iran's nuclear capabilities," Gohmert concluded. "It is time for the United States, if we are not going to stop Iran's nukes, then let Israel do it. A friend will not put another friend in this kind of jeopardy."