Rep. Paul Broun: Right to have 'guns everywhere' was 'given by our Lord' 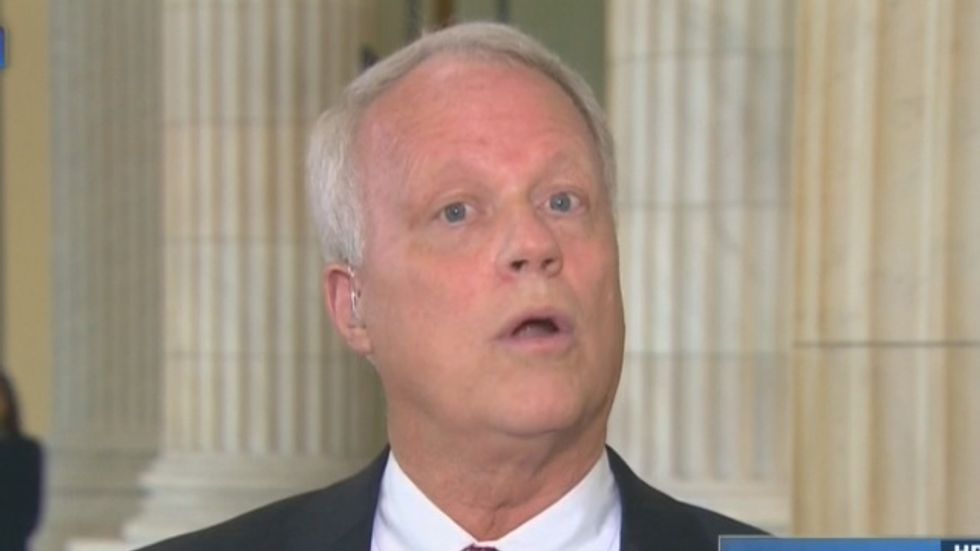 Paul Broun, a Republican U.S. congressman from Georgia, on Tuesday said that his state's so-called "guns everywhere" law that allows firearms to be carried in bars, school classrooms and many government buildings would prevent shootings.

The Georgia Republican argued that "any law -- whether it's federal, state or local -- that interferes with a law-abiding citizen's right to own, carry or utilize a firearm in any manner" was unconstitutional.

Broun predicted that more guns in schools "would actually prevent kids from being shot, prevent [children] from being hurt."

"Folks that don't understand firearms are fearful of them, but actually firearms have been proven to reduce crime," he insisted. "We see as we go forward that schools are going to be safer, that anybody around in any locale is going to be safer because someone who understands how to utilize a firearm will be there to protect other folks, and I think it's going to be a very positive move."

Although schools and churches can elect not to allow guns on their premises under the new law, Broun said that would be a terrible idea.

"These gun-free areas are actually -- they're free-shooting zones for people," he said. "Because they know that there won't be anybody there that can stop them."

Watch the video below from Newsmax's America's Forum, broadcast July 1, 2014.