Rick Perry: Deporting refugee kids as quickly as possible 'is the most humanitarian thing' 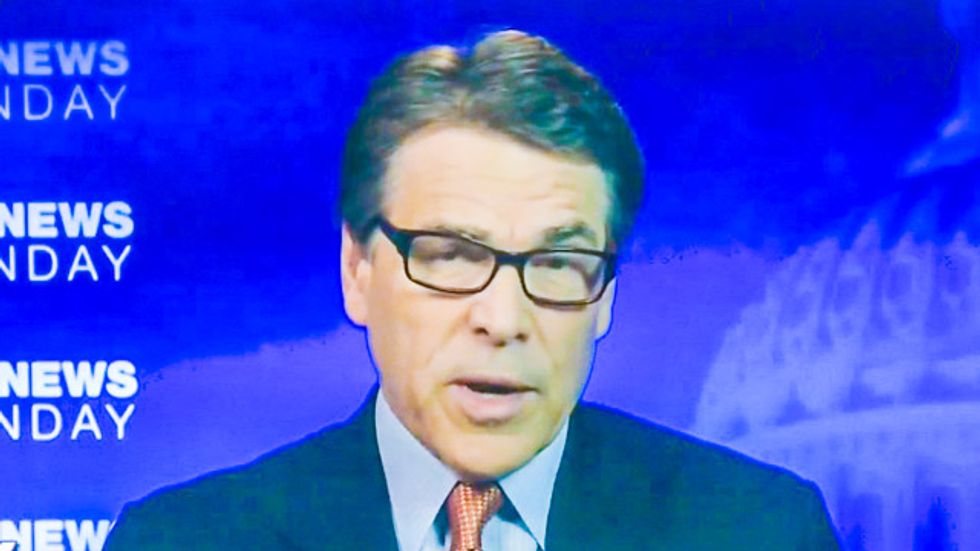 Texas Gov. Rick Perry (R) argued on Sunday that his plan to deploy the National Guard, and to deport thousands of refugee children back to their countries as quickly as possible was "the most humanitarian thing we can do."

In an interview with Fox News, Perry said that the best response to an estimated 50,000 women and children who were fleeing violence was a "show of force" on the border.

"Because that's the message that gets sent back very quickly to Central America," he explained. "It's important to do that because this flood of children is pulling away the border patrol from their normal duties of keeping bad people -- keeping the drug cartels. They're being distracted. So, that is a very obvious that I would suggest to you that those National Guard troops should come play an important role."

The former Republican presidential candidate said that he knew refugees would send the message back to their families that troops were on the border because "their conversations are being monitored with calls back to Central America, and the message is 'Hey, come on up here, everything is great, they're taking care of us.' And that needs to stop."

Fox News host Brit Hume pointed out that refugees traveling thousands of miles after fleeing violent conditions would probably not be deterred by troops who could not legally shoot or arrest them.

"What we're talking about now is sending the message back now so we can staunch the bleeding," Perry noted. "Those that are already here, to address them, to humanitarianly take care of them, to make sure they are safe, to process them as quickly as you can, to reunite them with their families."

"That's the most humanitarian thing we do," he insisted. "And the National Guard is absolutely a trained group of men and women who can address that particular function, and one that they should."