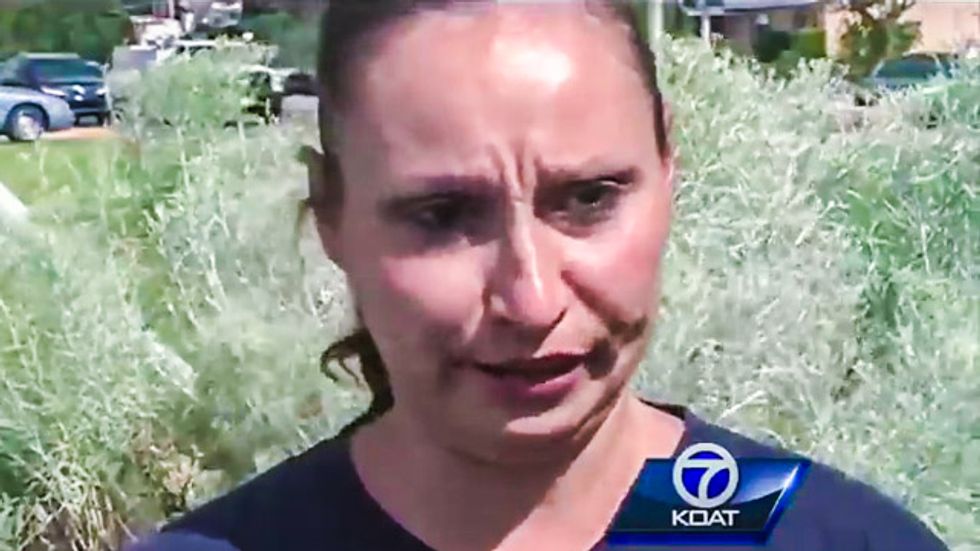 A New Mexico mother said that she was lucky to be alive this week after an angry stranger began firing a gun at her car full of children.

Theresa Lechuga told KOAT that the incident began when she pulled her car over to avoid a crash on Saturday, and then got in an argument with Daniel Rozzi, who was a passenger in another vehicle.

In fear for her life, Lechuga ran a red light. But the car Rozzi was in followed.

That's when she heard gunshots.

Lechuga's 14-year-old son Abel Anaya said that he grabbed his nephew, and got a low as possible.

"It's heartbreaking, because I don't think a mother should have to feel anything like that when it comes to craziness like that," Lechuga insisted. "I thank god everybody's ok and we're fine."

"I just hope that the person who did this can pay for what they did."

Rozzi was booked on charges of child abuse and aggravated assault with a deadly weapon. By Tuesday, he had been released on bond.