Robert Reich: Children fleeing to the U.S. are 'refugees of the drug war we created' 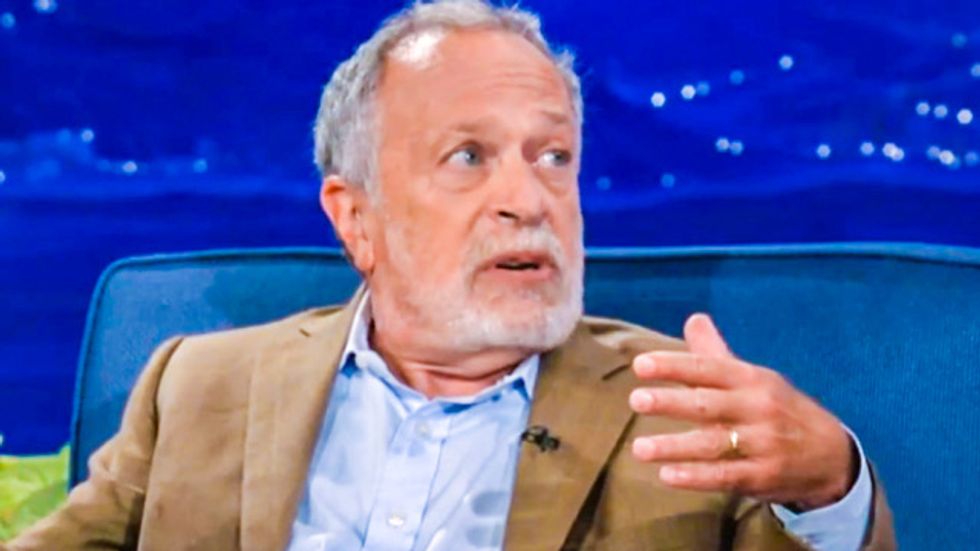 Robert Reich, President Bill Clinton's former Secretary of Labor, recently put the so-called immigration crisis in perspective by reminding Americans that the women and children who were escaping to the U.S. were "refugees of the drug war we’ve created."

"I’ve been watching media coverage of angry Americans at our southern border waiving signs and yelling slogans, insisting that the children – most of whom are refugees of the drug war we’ve created -- 'go home' to the violence and death that war has created, and I wonder who these angry Americans are," Reich wrote on Facebook over the weekend.

The former Labor Secretary explained in a July 14 post why the "United States is not a detached, innocent bystander" when it came to the refugee crisis.

For decades, U.S. governments supported unspeakably brutal regimes and poured billions into maintaining them ($5 billion in El Salvador alone). Implacable opposition to communism—often defined as virtually any reformer—gave these regimes a blank check. The result is a legacy of dealing with opponents through extreme violence and a culture of impunity. Judicial systems remain weak, corrupt, and often completely dysfunctional. After the cold war ended, the United States lost interest in these countries. What was left was destruction, tens of thousands dead, and massive population displacement. The percentage of people living below the poverty line is 54 percent for Guatemala, 36 percent for El Salvador,and 60 percent for Honduras. More recently gangs, organized crime, and drug cartels feeding the US market have become part of this unholy mix.

Reich said that he wasn't "suggesting we allow in anyone who wants to come here, but these are desperate children."

"Whatever happened to the generosity, decency, and big-heartedness of this country?" he wondered, quoting a poem by Emma Lazarus that is engraved into the Statue of Liberty: “Give me your tired, your poor, Your huddled masses yearning to breathe free, The wretched refuse of our teeming shore. Send these, the homeless tempest-tost to me, I lift my lamp beside the golden door!”

In a follow-up post, Reich observed that the true division in America was not between Democrats and Republicans, it was "between the haters and the big-hearted."

The haters direct their venom not just at child refugees seeking asylum from the drug war we created, but also at gays who want to marry, African-Americans who want to vote and exercise their other rights of citizenship, women who seek abortions, or even women in general, Latinos who want their children to be taught in Spanish, immigrants in general, Muslims, Jews, government “bureaucrats,” the poor and needy, anyone who dares suggest a required background check before buying guns, people they call “liberals” or “socialists” or “communists,” even the President of the United States.

He observed that "hate-mongers in the media" had also made the problem worse by encouraging the behavior.

"But the haters are not America," Reich insisted. "They are a small and vocal minority. Most Americans are generous and welcoming, decent and kind-hearted. We are the silent majority, who have been silent too long."

In the end, Reich said that it was wrong to "make children pay the price for the intolerable social destruction that Central American elites and militaries, as well as successive US governments, had a hand in creating."